A study reveals that activities such as mining, deforestation and agriculture have altered the ecosystems and biodiversity of the waters of 149 major rivers throughout the world, putting entire populations at risk.

The chemical composition of the Amazon River, the largest in the world in terms of water volume, was altered by chemical products and other impacts from agriculture, livestock and mining, human concentration in cities, and hydroelectric dams. Similarly, other major watercourses are also the victims of contamination, such as the Colorado and the Mississippi (United States), the Congo (Africa), the Rhine (Europe), the Yellow and the Yangtze (China), and the Murray (Australia) rivers.

This is revealed by a study carried out by scientists from universities in China, the United States, and the United Kingdom, published in the journal Nature Communications. The analysis used a database on the concentration and flux of chemical substances in the waters of 149 rivers throughout the planet. Results indicated that rivers suffer from strong increases in sediments (68%), chloride (81%), sodium (86%) and sulfate (142%).

These large watercourses deposit 6.4 billion tons of chemicals to the seas and oceans every year. This could harm the health of freshwater and saltwater ecosystems and their biodiversity, as well as activities such as fishing, tourism and even the direct consumption of water resources, warn experts. The Amazon River, for example, flows into the Atlantic Ocean.

Alistair Borthwick, a Professor of Hydrodynamics at the University of Plymouth (UK), warns that pollution is more serious in tropical regions, where farming and cities experience massive growth. “Rivers are important for the sustainability of the entire planet. The simple message of our study is that measures to defend rivers are urgently needed”, he told phys.org.

A series of reports titled Murky Waters, produced by InfoAmazonia, Earth Journalism Network and Earthrise Media, showed relations between the multiplication of algae from the Caribbean to the African coast with dumping of untreated sewage of cities such as Manaus (AM) and of fertilizers by agriculture as well as with the erosion caused by mining and deforestation in the Amazon. The “brown tides” worry scientists and governments and are already affecting the economy of tourist destinations like Cancun, Mexico.

The series also revealed that the sedimentary waste generated by gold mining in the Tapajós Fluvial Basin, a tributary of the Amazon, already extends for 500 kilometers between Jacareacanga and Santarém, in Pará. Activity soared by 70% in the last five years in the most impacted portion of the basin, between the Jamanxim River and the Serra do Cachimbo. During this period, existing mines increased productions, and new, large mines were opened along the Tropas River. This includes the land of the Munduruku indigenous people, among other sites.

“Rivers like Tapajós and Xingu are receiving a greater sediment load due to deforestation and mining in their basins. The more the soil is exposed, that is, the greater the detachment of sediments, the greater the concentration of sediments in the rivers,” explained Alice Fassoni-Andrade, PhD in Water Resources from the Federal University of Rio Grande do Sul, in an interview to Murky Waters.

Deforestation: Total elimination of native vegetation in a given area followed, in general, by occupation with another coverage or land use (+) is a major source of sediments. According to figures from the National Institute for Space Research (INPE), deforestation resumed its growth in the Amazon in 2013 after a long period of decline since 2004. Under the government of Jair Bolsonaro, these negative records are repeatedly beaten.

MapBiomas shows that the main source of deforestation in the region is due to new pastures, the area of which has grown 200% in the Amazon since 1985. In 36 years, pastures have spread over 38 million hectares and currently total 56.6 million hectares, nearly twice the size of the state of Tocantins. This makes the Amazon the biome with the largest extension of cultivated pastures in the country.

Reporting by InfoAmazonia for PlenaMata project. 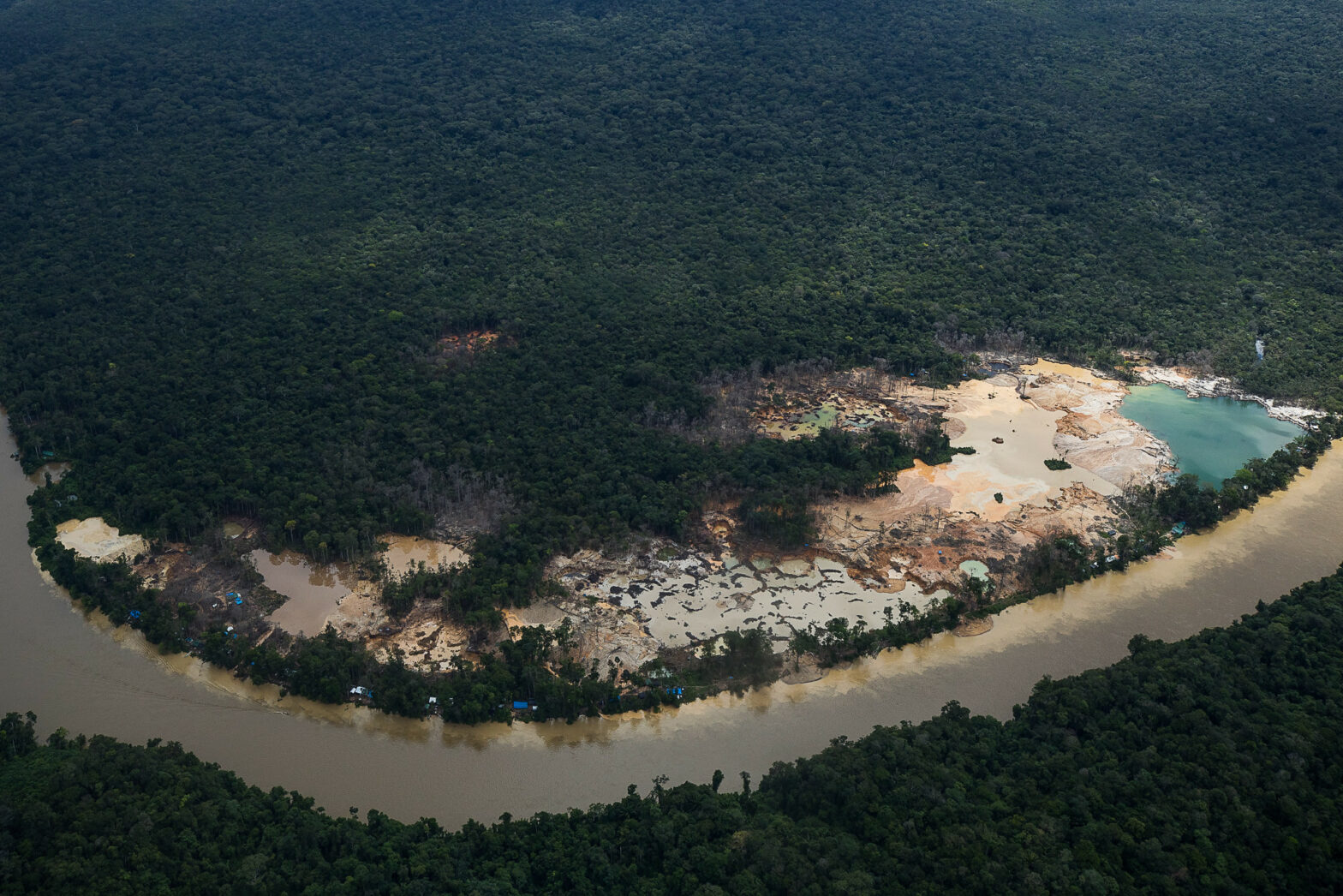 Analysis by Raisg and MapBiomas shows forest loss equivalent to Chile's entire land area. Pará deforested twice as much as all other Amazonian countries combined. Mining was the fastest-growing activity since 1985.