Analysis by Raisg and MapBiomas shows forest loss equivalent to Chile’s entire land area. Pará deforested twice as much as all other Amazonian countries combined. Mining was the fastest-growing activity since 1985.

Brazil was the biggest culprit for deforestation of the Amazon between 1985 and 2020 in comparison to other countries that are also home to the forest. During this period, 19% of the forest on Brazilian soil gave way to agriculture, mining, urbanization, and infrastructure works. At the same time, Suriname, Guyana, and French Guyana have deforested only 1% of the biome. “Brazil has proportionally greater historical forest losses than other countries”, warns researcher Antônio Fonseca, a researcher at the Amazon Institute of Man and Environment (Imazon), which is part of the MapBiomas network.

Over the last four decades, the Pan-Amazon area has lost 750,000 km² of its natural vegetation. The area is equivalent to that of Chile or twice that of the state of Mato Grosso do Sul. The total deforested area almost tripled, going from 6% in 1985 to 15% of the biome in 2020 – a number that approaches the point of no return [+]. Amazonian rainforests accounted for 690 thousand km2. One country was responsible for most of this loss: 84% of deforestation occurred in the Brazilian Amazon.

The numbers were presented this Thursday, September 30, by the Amazonian Network of Georeferenced Socio-environmental Information (Raisg) and MapBiomas. The South American rainforest extends over 8.4 million km2 in Bolivia, Colombia, Ecuador, Guyana, French Guiana, Peru, Suriname, Venezuela, and Brazil – which hosts 60% of the Amazon within its borders. “Across the region, deforestation is growing, especially in Peru, Bolivia, and Colombia. Farming and infrastructure works exert great pressure on forests, like in Brazil, where the formation of pastures accounts for 80% of forest conversion”, explained Fonseca.

Pará also accumulates the majority of deforestation in the Pan-Amazon, warns Erika Berenguer, a researcher at the universities of Oxford and Lancaster, in England. Pará deforested twice as much as all other Amazonian countries combined. The state is a center of regional deforestation and should be the focus of more effective and permanent public policies for the maintenance and restoration of the forest”, he highlighted. The state lost 1,550,000 km² of natural vegetation from 1985 to 2020, while the total in all neighboring countries is approximately 80 thousand km², shows the platform MapBiomas Amazonia.

The balance also shows that, in the same period, the regions affected by mining grew 656% throughout the Amazon, going from 396 km² to 2,994 km². The mapping accounted for the scars that the activity leaves in the forest, whether it be conducted legally or criminally. In Brazil, the municipality of Itaituba and the Cachoeira Seca and Apyterewa indigenous lands in Pará, as well as the Yanomami Indigenous Land, located in the states of Roraima and Amazonas, helped fuel the increase in mining, specifically illegal mining. The activity gained momentum in Jair Bolsonaro`s government, which plans to release mining on indigenous lands with Constitutional Amendment Bill 490, which is awaiting a vote in the Senate. Raisg data shows more than 4.4 thousand points with illegal mining in the Pan-Amazon.

“Mining usually occupies small areas in the countries of the region, but it has advanced into the forest in recent years – especially in Brazil, where the government encourages crimes with speeches and dismantles environmental agencies. It is evident in the satellite images that part of the expansion is associated with illegal mining, which contaminates rivers and populations”, accuses Fonseca.

Also according to the mapping, the area of urban infrastructure in the region increased 130%, from 4,000 km² to 9,300 km², and areas dedicated to agriculture grew 151% from 486 thousand km² to 1.22 million km² between the years of 1985 and 2020. “Agriculture has maintained an increasing trend throughout the region over the decades. It is often not associated with the effective production of grain or meat, but with land grabbing and land speculation”, recalled the Imazon researcher (learn more in this InfoAmazonia article). In Brazil alone, the area dedicated to agriculture in the Amazon increased by 640 thousand km², the highest rate among Amazonian states.

Persistent deforestation in the Pan-Amazon is even more worrying because, according to specialists, the forest may lose its ability to maintain its natural balance due to the aggressions it suffers. This breaking point would come when 20% to 25% of the vegetation is cleared. If the deforestation trend persists, this shift could take place in this decade. “We want to have an integral vision of the Pan-Amazonian region to better understand and explain the ongoing processes and the seriousness of the effects on populations and environments in the region, encouraging better national and international public policies to curb deforestation and other impacts”, explained Cícero Augusto, Instituto Socioambiental (ISA) and Raisg. 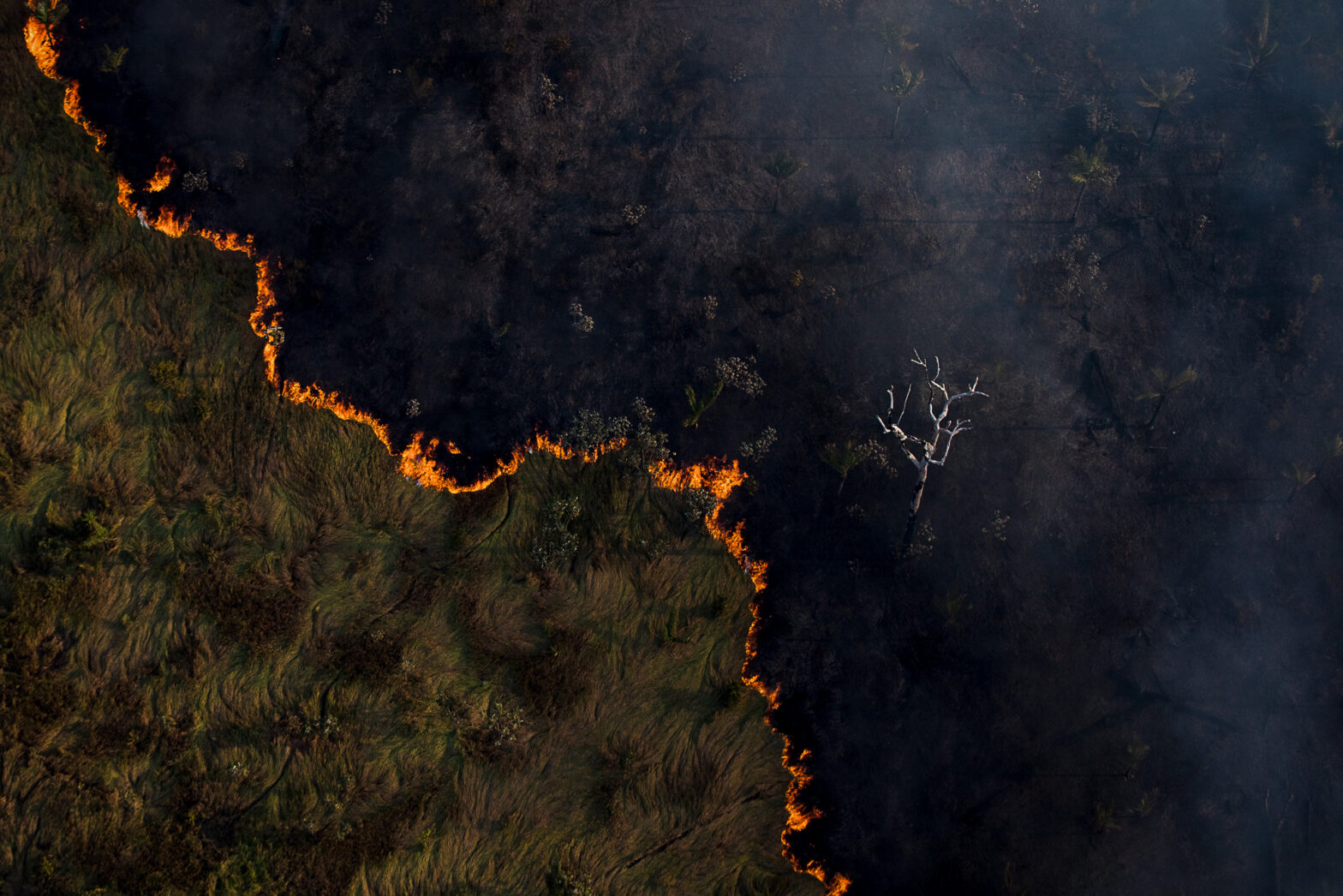 Fire follows deforestation in the Amazon

Studies by Brazilian scientists show that deforestation, not droughts, has been the main agent behind fires. Public policies and reinforcement of control agencies are solutions to stop the loss of native vegetation.