Agreements to regulate husbandry in Pará have advanced and serve as a model for adapting the production chains of other Amazonian states. Pará is the leader of the initiative.

A recent balance sheet by the Federal Attorney’s Office showed new advances in the regulation of cattle farming in Pará, the country’s largest producer of beef. This is a strategic adaptation to meet the growing social and environmental requirements of the domestic and global markets. Based on Pará’s experience, the NGO Amigos da Terra (Friends from Earth) – Brazilian Amazon evaluates that it is possible to audit the production and trade of cattle in all Amazonian states.

Mauro Armelin, Amigos da Terra’s executive director, believes that inspections carried out by the Federal Prosecutor’s Office (MPF) on livestock in Pará since 2009 should cover the entire Amazon. According to him, actions extended to other states will allow improvements in regional cattle farming to take place horizontally. “There is already sufficient quantity and quality information for the environmental variable to be definitively incorporated into the purchase of animal products”, he pointed out.

The audits released last week show that the vast majority of large companies linked to the production and trade of cattle, beef, or leather produced in Pará were exempt from crimes such as illegal deforestation, slave labor, and invasions of public, indigenous, and traditional populations’ lands. The balance sheet analyzed the commercial transactions of slaughterhouses between January 2018 and June 2019.

“The process in Pará shows that it is possible to efficiently advance compliance in the sector. But there is a lot of asymmetry between the states. Tocantins and Mato Grosso have good results, while in Rondônia the control is practically nil. The MPF could jointly mobilize various sectors in the other states and reduce the impacts of cattle raising throughout the biome”, highlighted Armelin.

An analysis by Imazon shows that around 90% of the deforested area in the Amazon is occupied by pastures. According to a balance by MapBiomas, the area with planted pastures grew 200% in the Amazon between 1985 and 2020. Pastures currently occupy 56.6 million hectares in the region, equivalent to the entire state of Bahia.

The companies evaluated by the MPF account for 70% of the livestock production in Pará, but the rest cannot be neglected and should be integrated into the audits as soon as possible, argues Armelin. “Slaughterhouses are already competing for purchases of legalized animals and this should reach 100% of the state’s production. You cannot neglect 30% of production in a market the size of Pará”, he added.

The MPF monitoring is provided for in Conduct Adjustment Agreements (TACs) signed since 2009 by companies and environmental inspection bodies to regularize livestock production in the state. The more than 2.5 million heads of cattle in São Félix do Xingu, Pará, make up one of the largest herds in Brazil. In the same state, Marabá, Cumaru do Norte, and Novo Repartimento are also home to large herds, as shown by InfoAmazonia.

“Our assessment is of a general improvement, on average, among companies. Almost all have adjusted systems to improve the monitoring of their purchases. Companies with unsatisfactory results still don’t have adequate control, of course. We are demanding the improvements and we will adopt the actions that are necessary to do so”, emphasized the prosecutor Ricardo Negrini.

According to him, the environmental and social regularization of cattle raising in Pará and in the Amazon itself will proceed smoothly if there are simpler processes for adapting the farms. “Farmers still prefer to insist on illegal activities instead of solving their environmental problems, which are more costly and complex,” he said. “Deforestation and fire are generally linked to livestock and soy production. For this reason, more control and punishment of frauds and offenses in these sectors is also needed”, defended the prosecutor.

Other measures include satellite tracking of each individual animal, a measure now used almost only to certify the environmental compliance of exported products, and public access to documentation used for the transport and marketing of cattle – the GTA – Animal Transit Document – as well as from the Rural Environmental Registry (CAR). These electronic records are mandatory for landowners and rural squatters since the publication of the 2012 federal forest legislation.

“Conduct Adjustment Agreements (TACs) are great tools for adapting production practices and companies to socio-environmental legislation. Complying with them prepares the ground for a complete implementation of the Forest Code. With that, in the future we won’t even need new agreements to regularize the sector”, evaluated Mauro Armelin.

Positive results are also expected for the businesses that comply. “The environmental regularity of meat production is already a purchase criterion for many supermarkets,” said the executive director of the NGO. The Brazilian Association of Supermarkets (Abras) supports the MPF’s audits on livestock production in Pará.

“Companies that fail to comply with or avoid agreements for environmental regularization may have loans suspended by banks and suffer boycotts in the national and international markets. Little by little, the companies understand that the best way is to seek the MPF and regularize their activities”, concluded the Federal Attorney Ricardo Negrini.

But public policies still encourage production associated with deforestation in Amazonian livestock. The study Do Pasto ao Prato (From Pasture to Plate), by Instituto Escolhas (Choice Institute), points out that livestock is heavily subsidized and has a high environmental impact. Annual subsidies to the sector are around R$ 12.3 billion, or 79% of the R$ 15.1 billion collected in taxes in the national beef chain. The country’s 218.2 million heads of cattle emit as much greenhouse gases as all of England – 462 million tons of CO2.

Public money should encourage increased productivity and recovery of already deforested areas, defends Sérgio Leitão, executive director of Escolhas. “The government must do its part and deny funding to those who deforest. It’s the right way to show that public money does not finance deforestation,” he said in a statement from the entity. An exclusive survey shows that, between July and September, the period that marks the dry season, fires in lands with the presence of isolated peoples accounted for more than 25% of fires in indigenous areas. The most serious cases occurred on the border with the Cerrado, in Mato Grosso, Pará, and Rondônia. 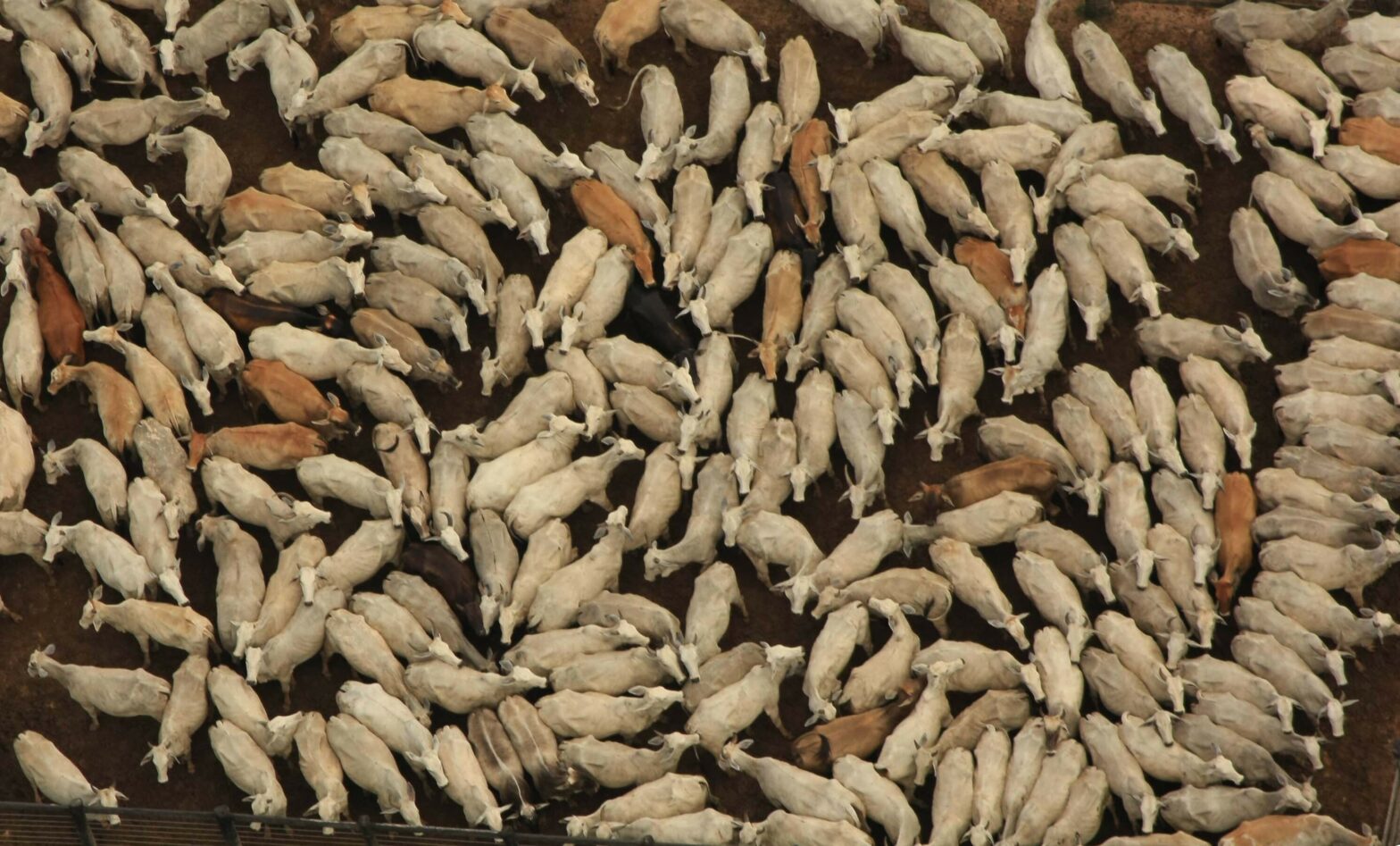 The regional herd has grown by almost 1000% since the 1970s and today represents over 40% of the total national amount. Brazil signed a commitment to reduce 30% of its greenhouse gas emissions by the end of the decade and will have to review its cattle husbandry practice in forest areas.