They received a total of R$1.77 million in 8 states. Most belong to parties in Bolsonaro’s support base in Congress, in particular the Partido Liberal (PL) and the União Brasil. A candidate from Acre, convicted of modern slavery, received the largest donation to any candidate in the Amazon from his own father, arrested for environmental crime.

Sixty candidates in eight states of the Legal Amazon region had their campaigns financed by people fined for deforestation by the Brazilian Institute for the Environment and Renewable Natural Resources (IBAMA). Together, they received BRL 1.77 million from 87 donors who had been fined by the federal agency between 2005 and 2022.

The data were obtained by the Data Fixers project, in partnership with the public data agency Fiquem Sabendo (‘Learn This’). The initiative cross-referenced information on candidates and funders published by the Superior Electoral Court (TSE) with IBAMA’s records of environmental fines. To arrive at the list of donors fined for deforestation, the InfoAmazonia and PlenaMata survey only took into account ‘Flora’-related fines in the agency’s list of infractions.

On the list, there are 38 candidates for state deputy and 16 for federal deputy. Three candidates for the Senate also appear in the survey: Gilberto Laurindo (Patriota) in Amapá, Acir Marcos Gurgacz (PDT) in Rondônia, and Antônio Galvan (PTB), in Mato Grosso. Galvan had the largest number of donors on the IBAMA register, receiving more than BRL 172,000 from 12 deforesters, who together account for 22 lawsuits.

Mato Grosso is the state with the highest number of donors fined for deforestation. There were 22 funders who donated more than R$860,000 to 22 candidates in the state. Rondônia is in second place on the list, with 15 fined donors supporting 15 candidates to a total of R$168,000. Amazonas is the only Amazonian state with candidates who did not receive financial support from donors fined by IBAMA for environmental crime.

The 60 candidates who relied on donations from deforesters are spread across 15 parties, 11 belonging to the support base of Jair Bolsonaro (PL), whose administration has been marked by a retrogression in environmental policy. The Partido Liberal, current party of the president, appears in first place with 10 beneficiaries, followed by the União Brasil with nine.

Social scientist and environmental manager Roberta Graf, who worked at IBAMA for more than a decade, believes that these funders seek to influence possible mandates in order to weaken environmental laws and ensure the advancement of livestock and soy in the region, in addition to strengthening policies that benefit large landholdings.

“In the Amazon there are legal reserves that limit these interests. In the region, many fines are also imposed for environmental infractions. What these donors want by funding candidates is to weaken this framework, dismantling policies for protecting forests and deconcentrating land tenure”.

She notes that several bills harmful to the environment are under review in Congress in Brasília. Among these are bills related to grilagem (land-grabbing) which aim to make control over the occupation of public lands more flexible, with the prospect of amnesties for land grabbers. “There are a lot of big people with their eyes on this, hoping to escape the fines”.

The coordinator of the Laboratory of Geopolitical Studies of the Legal Amazon (Legal) at the Federal University of Amazonas (UFAM), Marilene Freitas, explains that, in addition to anti-environmental interests, these candidate sponsors also aim to grab a slice of the public budget through favourable treatment in bidding processes.

“The 2022 elections show that economic interests persist in these donation processes. Names from local elites illustrate the links between donors, patrimonialism and the persistence of oligarchic relationships behind the focus on state budgets, public lands and productive activities subject to environmental legislation”.

The largest individual donation was to a candidate for state deputy in Acre. Lawyer José Lopes Júnior (41) of the PL, received R$373,000 from his father José Lopes, the campaign donor with the most fines for deforestation in the Amazon, fined for 36 infractions by IBAMA.

In 2019, the candidate was sentenced to more than nine years in prison for submitting 34 people to a regime of modern slavery on three farms in Boca do Acre, a municipality in the state of Amazonas on the border with Acre. The charge was brought by the Federal Prosecution Service (MPF). The crimes were allegedly committed between 2006 and 2012. He did not serve the sentence. The reporting contacted the candidate on three occasions, twice by phone and once through his lawyer, but had not received any response by the time of publication of this article.

Junior's father, on the other hand, is one of the largest ranchers in Amazonas, owner of more than 150,000 head of cattle in the municipalities of Boca do Acre and Lábrea, on the border with Acre. He also owns meatpacking plants in the region. In 2019, he was arrested in Acre by the Federal Police, within the scope of Operation Ojuara, charged with forming a private militia.

On that occasion, Lopes was accused of paying military police to expel squatters and forest gatherers from federal public lands and to secure control of areas he had illegally occupied in Boca do Acre. Accused of passive corruption, the militiamen also protected workers and equipment used in illegal deforestation activities in the region, using weapons, jackets, handcuffs and radios belonging to the Amazonas military police.

The operation also resulted in the arrest of the then superintendent of IBAMA in Acre, Carlos Francisco Augusto Gadelha. According to the accusation, he was part of the setup run by Lopes and other ranchers.

Agency employees passed on confidential information about inspections to cattle ranchers. They also failed to issue penalty notices for deforestation infractions. At the end of 2018, Gadelha even signed a letter addressed to the then newly elected president Bolsonaro, accusing IBAMA of having been ideologically taken over by the left.

Graf also argues that agrarian elites have always held the cards in national politics not only as funders of campaigns, but also as elected representatives. “They are the ones most likely to be elected”, she says.

“It doesn't hurt to remember that this elite is made up of landowners with a strong anti-environmental and often slave-holding vision, unlike the elites of other countries, which at least have a national project. Here the scenario is perverse, involving violence against activists and traditional populations and resulting only in their own enrichment. Because they barely need to pay taxes, nothing is returned to Brazil, only destruction”.

Graf comments that, under Bolsonaro, the country has seen the emergence of an alliance between organized and environmental crime. In addition, the facilitation by the current government of the acquisition of firearms has further aggravated the scenario of lawlessness in the Amazon.

“Today many drug traffickers are also environmental criminals because they have discovered that land grabbing is an easy way to make money. And they are loaded with rifles, bringing terror to rural areas. There is also the situation of the militiamen, fed by rival gangs and vice versa. There are numerous cases of police turning a blind eye, in the service of crime, and this is part of the context of the 'anti-communist' cultural war that spills over onto the environmental question”.

The coordinator of Legal at UFAM, Marilene Freitas, reflects on the reasons why most Amazonian voters do not give enough importance to environmental issues when voting and end up electing politicians linked to devastation.

“There is little perception of a direct relationship between urban well-being and the environment. That is to say, people do not relate environmental issues to issues of health, economic development and the sustainability of biomes and ecosystems in the Amazon and how all these aspects are linked to the stocks and consumption of natural resources”.

She ends by saying that “the environment will only become a mobilizing issue when there is clarity about these facts and phenomena and their relationship to cause and impact, and about their visible and invisible risks. The population thinks the issue is important but feels that individual action can change the course of events. In other words, they have no idea of the contemporary risks for Amazonian environments and societies, nor of the need for collective political action to change this reality.” 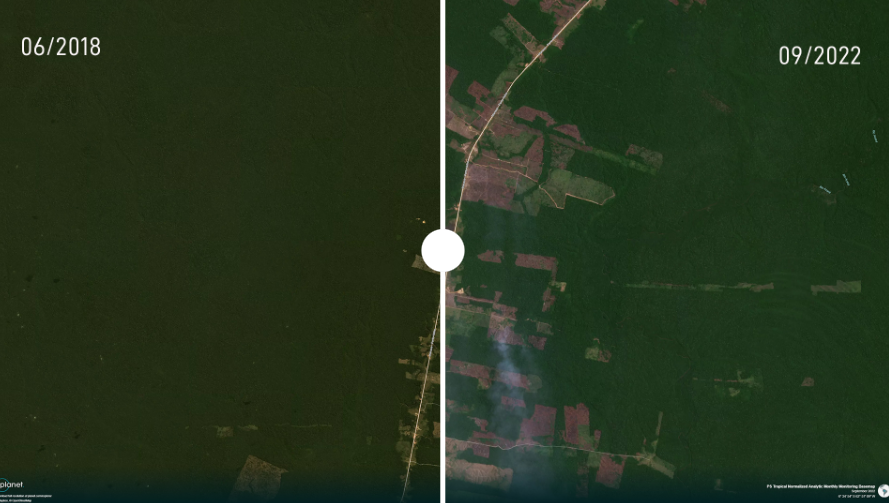 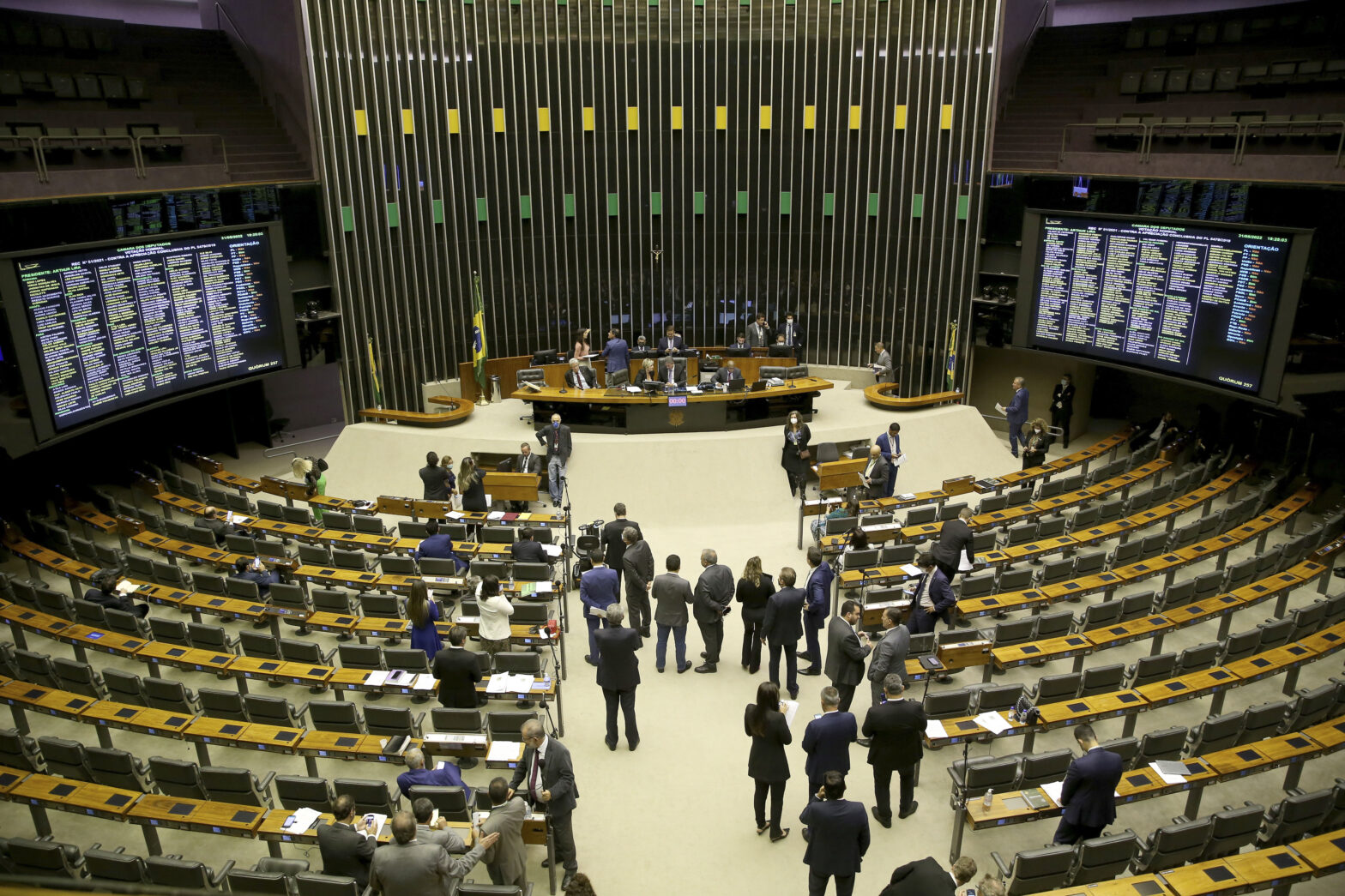 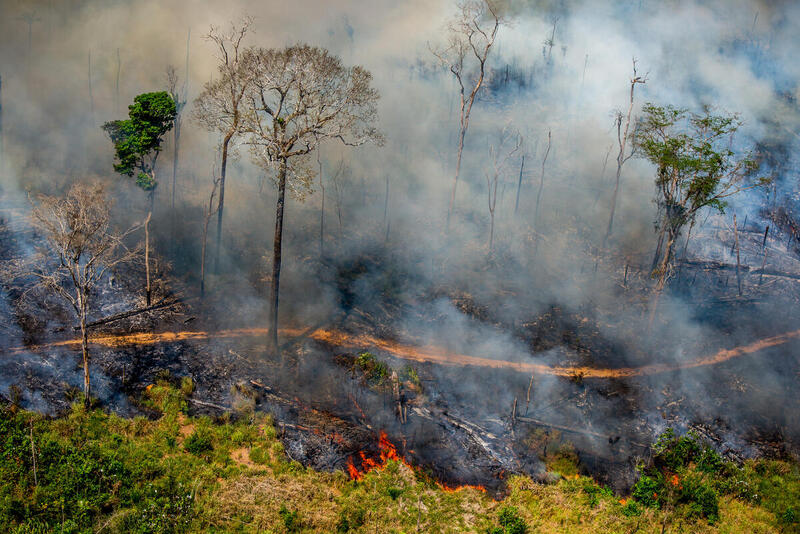