A French court received new complaints in a groundbreaking lawsuit that investigates Casino Group for selling meat from indigenous lands. Organizations have traced herds from the Uru-Eu-Wau-Wau Indigenous land in Brazil and calculated compensation for social, cultural, and health damages

By tracing illegal cattle within the Uru-Eu-Wau-Wau Indigenous Land in the Brazilian northwest state of Rondônia, researchers mapped a  path that shows how meat goes from illegal farms to the shelves of Casino Guichard-Perrachon, a French giant that controls Grupo Pão de Açúcar, the largest food retailer in Brazil. The retailer group, which also controls other two Brazilian supermarket brands (Assaí e Extra Hiper) and the Colombian retailer Almacenes Exito, faces a series of lawsuits for selling products from Amazon’s deforested areas.

The information was compiled and analyzed by the Center for Climate Crime Analysis (CCCA), an international non-profit focused on climate justice. They investigated the origins of deforestation and calculated the social, cultural, and health damage caused by extensive cattle herding within the indigenous land in Rondônia. The study estimated that 25,482 animals are illegally managed in more than 13,4000 hectares illegally deforested in indigenous territory.

CCCA released on May 31 in Paris an executive report with the main findings, with the participation of Brazilian indigenous leaders Alice Pataxó e Tejubi Uru-Eu-Wau-Wau. The documents were sent to the French court and were added to an ongoing lawsuit that investigates Casino Group for selling meat linked to land grabs and deforestation in the Amazon. The lawsuit is carried out by a Coalition of Brazilian, French and Colombian organizations, seeking to hold the French group accountable for possible environmental damage and traditional communities’ human rights violations in Brazil and Colombia.The event also featured a session on “The Territory”, a documentary produced with the collaboration of Uru-Eu-Wau-Wau indigenous people which shows the struggle of these people in defense of their lands and traditions.

Indigenous leader Bitaté Uru-Eu-Wau-Wau, one of the people interviewed in the documentary, told InfoAmazonia how the cattle ranches’ expansion threatens their traditional way of life and their territory: “They [invaders] are already 4 kilometers from our village and advancing very fast. It is an urgent situation for our people. We are afraid that there will be a big conflict” he said.

It will be the first time that the French court has to judge a case based on the so-called “duty of vigilance”, a law introduced in 2017 which requires monitoring the country’s largest companies’ production chains. In addition, these companies are required to publish a “surveillance plan” to identify risks linked to human and environmental rights abuses.

In the first phase of the investigation, CCCA analyzed the deforestation levels in the supply zone of three meat-packing plants controlled by the company JBS in Brazil. It found deforestation equivalent to five times the size of the city of Paris (50,000 hectares) in areas of the Amazon. In a second phase, the investigation focused on the Uru-Eu-Wau-Wau Indigenous Land that has been deforested for cattle ranching and meat supply to meatpackers.

The data utilized to track the cattle were obtained in consultation with GTA and CAR public systems. GTA is the acronym for the Portuguese Guia de Transporte Animal (Animal Transport Document),  a document that records the origin, destination, and characteristics of all live animals traded, as provided by the National Agricultural Policy of Brazil. CAR is the Rural Environmental Registry, which consists of a national electronic public registry, mandatory for all rural properties, which is self-declaratory. The investigation also includes other sources of data, such as deforestation monitoring in the Amazon. The data points out that the pasture areas inside the Uru-Eu-Wau-Wau TI that feed Casino Group’s supply chain contributed directly to the deforestation of 5,686 hectares.

An economic report prepared by the Conservation Strategy Fund at the request of CCCA estimated that the French group caused material damage of 54,3 million euros (BRL 282,4 million) to the indigenous communities of Jupaú, Amondawa, Oro Win, as well as those in isolated areas. But the organization warned that the “immaterial damage” can be even higher, from ecosystem losses to the risk of extinction of entire groups. On the other hand, the gross market value of the illegal cattle is estimated at 14 million euros (BRL  73 million.) According to the organizations, Casino Group failed to do due diligence to monitor its supply chains.

“The purchase of cattle raised in illegally deforested areas and invaded indigenous lands demonstrates the inadequacy of the company’s monitoring systems with its commitments. Furthermore, the study also shows, through economic analyses, the illogical relationship between the economic loss associated with deforestation and the private gains from the illicit extraction of natural resources,” says part of the executive summary presented to French authorities.

The Uru­-eu­-wau­-wau indigenous territory comprises an area of 1.867.117 hectares, with a population of 2,000, irrigated by the rivers of the Madeira watershed. The UEWW indigenous land is also one of the most deforested in Brazil. According to the Special Research National Institute, 20,000 hectares have already been deforested. From August 2020 to July 2021, this was the indigenous land that also had more surroundings deforested, with the expansion of pasture areas for cattle breeding.

The first proposal to protect the region where the presence of indigenous peoples of different ethnic groups was registered dates back to 1946. In 1985, a decree recognized the area as being of traditional indigenous occupation, and in 1991 the decision was homologated.

In May, the Uru-Eu-Wau-Wau Indigenous Association sent a letter to the Rondônia Public Ministry and the Indigenous National Foundation (Funai) reporting a lack of protection. In the letter, they complain that protection agencies are neglecting the defense of indigenous rights, which poses invasion and deforestation risks to their territories.

When reached for comment, Casino Group told InfoAmazonia that they have programs designed to meet socio-environmental criteria and that they do not comment on ongoing lawsuits.

JBS responded to the complaints by saying that CCCA does not present detailed data confirming the cattle supply from the indigenous land to the chain’s slaughterhouses. JBS also informed that it has adopted a “satellite monitoring system” to comply with socio-environmental criteria in the acquisition of animals and that the company does not have access to the Animal Transport Guides of its suppliers (full answer here).

Farms get closer to indigenous communities

The Burareiro region, where there is a rural settlement within Indigenous Land, is one of the main spots of conflict over indigenous land. In this area, deforestation has hit records in the past years. The pressure of farms and land grabbers made indigenous leaders take control over the protection of their environment and their people.

“For a few years now, Funai has not made contact with us anymore. We have the presence of isolated people (Indigenous peoples living in voluntary isolation in the Amazon rainforest) throughout our territory and they are not doing anything,” says Bitaté. In April 2020, indigenous leader and teacher Ari Uru-Eu-Wau-Wau was brutally murdered in Jaru, 292 kilometers away from Porto Velho, where his body was found with marks of beatings. Ari was active in monitoring the territory, but to this day no one has been held responsible for his murder.

“His last action was in this area of Burareiro, where we denounced that the invaders were planting grass in a deforested area by helicopter”, says Bitaté.

“Before, things were different, we didn’t have sawmills nearby and we didn’t see so much invasion. But everything has changed”, says Tambura Amondawa, an indigenous leader of the ethnic group that occupies the southern portion of the indigenous land where the presence of isolated peoples is greater. “It’s been a week since we found new signs of invasion. The Public Ministry tells us to look for Funai, but they don’t do anything”, he says

It was in this region that, in 2020, Rieli Franciscato, an indigenous expert, was hit by a fatal arrow from Wyraparariquara isolated indigenous. Franciscato was an employee of Funai and had been working in the region for over 30 years to protect the territory of Indigenous peoples living in voluntary isolation in the Amazon rainforest.

The death of the expert who had the trust of the other indigenous communities may reveal how cornered the isolated peoples live in this region of the territory, where deforestation and invasions have increased in recent years. Two months before Franciscato’s death, isolated people were seen in houses that are on the border with the indigenous land. A report by the National Human Rights Commission (CNDH), published in December 2020, pointed to the need for greater inspection in this area of the indigenous land and the reactivation of Funai inspection posts, abandoned since Franciscato’s death.

“This is an indigenous land with a long history of violence and invasions. There we have confirmed groups of isolated peoples who are at serious risk,” says Fabrício Amorim, from the Observatory for the Human Rights of Isolated and Recently Contacted Indigenous Peoples (OPI) and one of the authors of the CNDH report.

Amorim highlights that since the death of Franciscato, Funai has abandoned the indigenous people and UEWW indigenous territory to their fate. “The presence of Rieli actually provided security for the indigenous people and worked to some extent to monitor invasions and deforestation,” he says. “His death took place at a time of great pressure from the invaders and the fear now is that this will intensify even more without his presence there.”

This story was produced with support from Report for the World, an initiative of The GroundTruth Project.

Investigative reporter at InfoAmazonia, in partnership with Report for the World, which matches local newsrooms with emerging journalists to report on under-covered issues around the globe. He focuses... More by Fábio Bispo 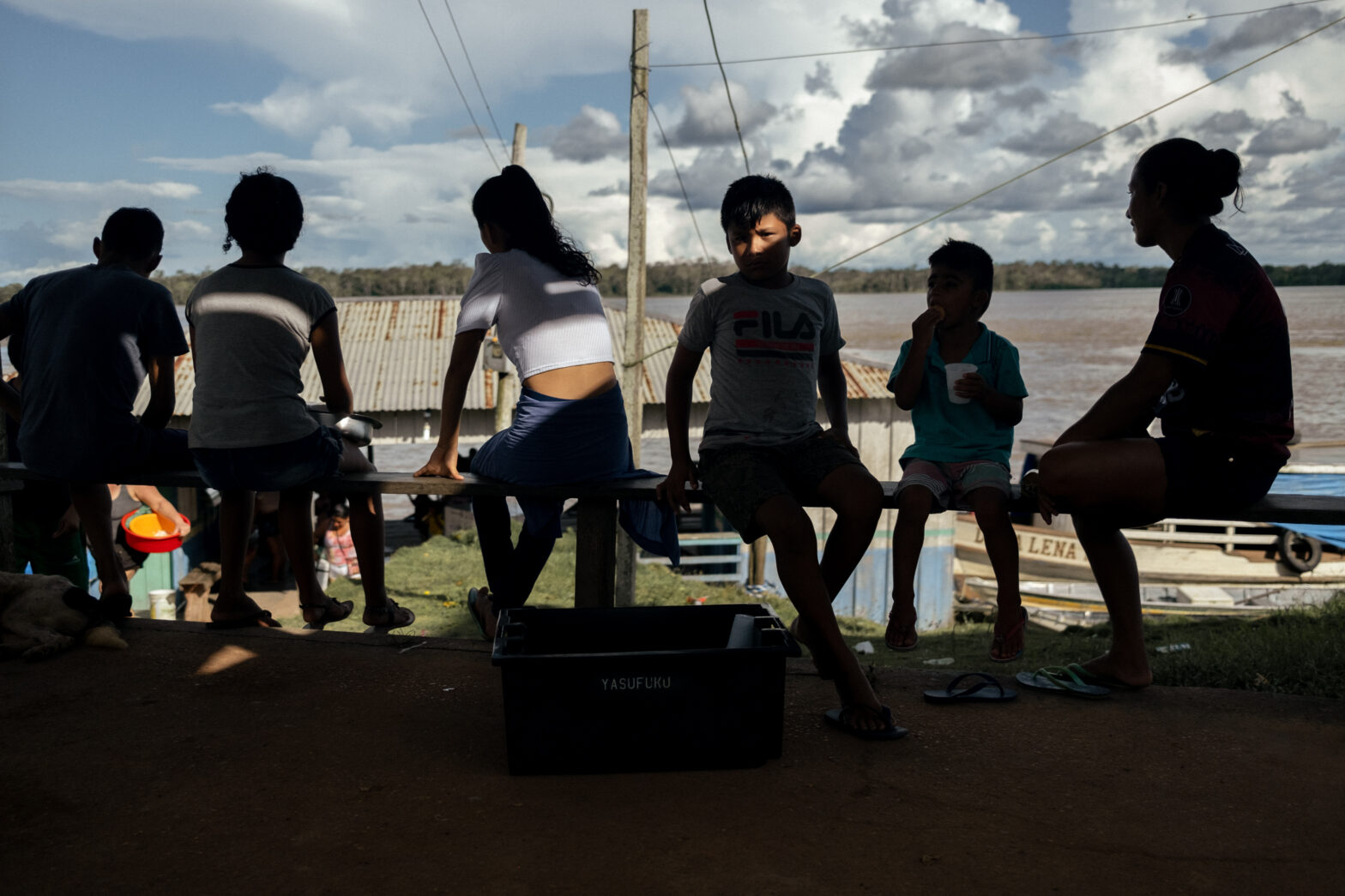