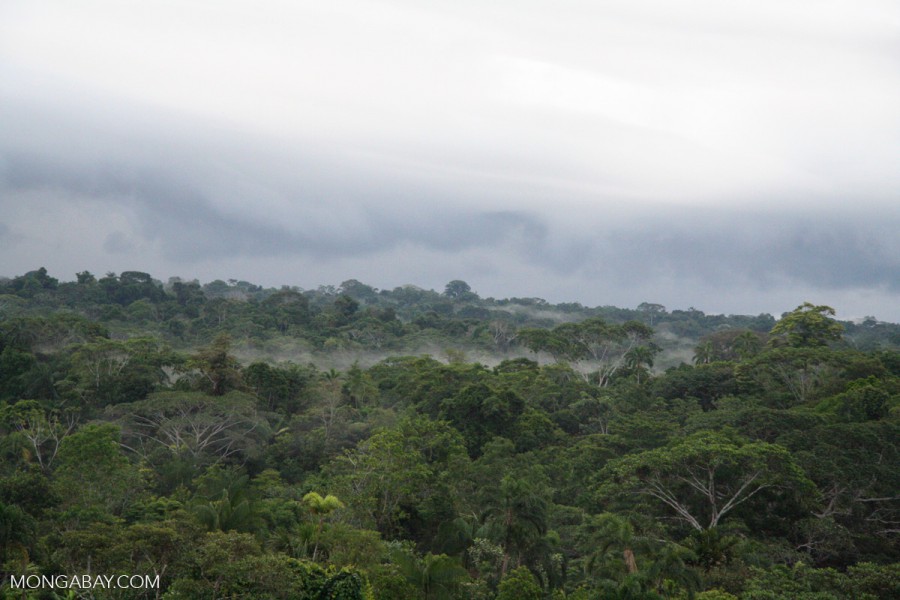 Some 45 percent of 2014 deforestation occurred in the Amazon, while another 24 percent was in the Andes region.

Deforestation in Colombia increased by 16 percent last year according to an annual report prepared by the country’s Institute of Hydrology, Meteorology and Environmental Studies (IDEAM).

Illegal logging, mining, and coca cultivation, as well as conversion for other agricultural purposes and ranching, were reported to be the largest drivers of deforestation in Colombia last year.

Some 45 percent of 2014 deforestation occurred in the Amazon, IDEAM found, while another 24 percent was in the Andes region.

Caqueta, a Colombian province (or department, as they’re known in Colombia) in the Amazon, and Antioquia, much of which is in the Andes, had the highest rates of deforestation. Putumayo and Norte de Santander provinces, both major coca growing regions, also saw big increases in deforestation rates.

IDEAM noted that despite comprising nearly half of deforestation last year, deforestation in the Amazon was actually down 8 percent over 2013 rates.

Colombia has committed to zero net deforestation in the Amazon by 2020, and is reportedly in talks with Norway to enter into some kind of partnership to protect its rainforests.

Colombia’s rainforests are found along the Pacific coast, mostly in Chocó department — which, according to IDEAM, had the fifth-highest deforestation rate in Colombia in 2014 — and in the southeast, where the country’s Amazon region is located.

TeleSUR reports that the Ombudsman of Colombia has warned that the deforestation rate this year could be even higher than it was last year thanks to increased forest fires and other impacts of the El Niño event that is currently warming Pacific Ocean surface temperatures.