Dams planned for the Amazon and its tributaries could do irreversible harm to fish migrations and to wildlife — but energy solutions ranging from run-of-the-river dams to a shift to solar and wind power could safeguard the forest.

Dams and reservoirs affect fish and other riverine fauna by creating barriers to movement, both upstream and downstream. Many fish in the Amazon migrate thousands of miles as part of their life cycle, a journey that can involve complex patterns of movement through river flows and flood plains.

Migrating fish often move upstream from black-water and clear-water flows in the Amazon Basin to spawn in whitewater reaches in the Andean headwaters. In Brazil, the list of fish that make this journey includes most, if not all, commercially valuable species, in terms of nutrition and economics, such as the tambaqui (Colossoma macropomum) and giant catfish (Brachyplatatystoma sp).

Fish that can’t migrate could go extinct, with a predictable effect on the biodiversity — and the economic viability — of the world’s largest river basin, says Elizabeth Anderson, director of international research programs for the School of Environment at Florida International University. “This is globally important from a conservation perspective.”

Location makes a difference. Dams built in the lower stretches of a river system generally need large reservoirs to create a dependable year-round source of water pressure to drive electric turbines. Dams higher in the headwater portion of a river system have the advantage of steeper gradients, and some designs work with any reservoirs at all, says Dr. Clinton Jenkins, an ecologist and visiting professor at Brazil’s Instituto de Pesquisas Ecológicas. “The real biodiversity impacts, the real endemism of species are in the upper parts of the Amazon, in the Andes. There are lots of dams up there; it’s one of the world’s centers of extinction,” he explains.

There are currently 412 major hydroelectric dams in operation, under construction, or planned for the Amazon basin or in its headwaters, reported The Guardian in April. Those plans will bring an “end of free-flowing rivers”, likely contributing to “ecosystem collapse.” Of the 412 dams, 256 are in Brazil, 77 in Peru, 55 in Ecuador, 14 in Bolivia, six in Venezuela, two in Guyana, and one each in Colombia, French Guyana and Surinam, says anthropologist Paul Little, author of a recent report Mega-Development Projects in Amazonia. Little says that 151 of the dams involve five of the six main Andean tributaries that drain into the main trunk of the Amazon.

Dams generally obstruct upstream movements of aquatic species, while reservoirs hinder downstream movements. A reservoir is an ecological barrier that replaces a rapidly flowing river with a stillwater habitat more akin to a lake.

Large reservoirs have already been built or are in planning stages in many river basins in the Amazon, including the Paraña, São Francisco and Tocantins Rivers. Studies have shown that eggs and larvae do not drift through reservoirs as they do naturally along rivers, and that adult fish avoid the inner parts of reservoirs. The Coaracy Nunes Dam in Amapa, Brazil was found to have a significant impact on fish abundance, biomass, and species richness upstream, with fewer long-distance migrants upstream and smaller fish found in the reservoir itself.

Downstream, dams can affect spawning habitat by altering flow discharge patterns, water temperature and water quality. Inhibiting the downstream flow means less food for fish and more eggs and juveniles that die — sometimes from passing through hydraulic turbines or over spillways. The effect is stronger when dams are located on the main stem of a river as opposed to tributaries.

Since fish diversity in the Amazon is so great — new species are found on almost every sampling trip — the impact that dams and reservoirs will have on specific species is still largely unknown. However, species have already been recorded as having gone locally extinct both upstream and downstream of Amazon dams, including the picuda and patalo above the Betania Dam in Colombia.

The giant catfish (Brachyplatystoma sp.), which grows up to 10 feet long in the Madeira River basin, a tributary of the Amazon, is a species of particular concern. Every year the fish ascends the river system from estuaries near the mouth of the Amazon to spawn in Andean headwaters in Peru and Bolivia, a journey of up to 3,000 miles. Larvae and juveniles make their way back down before making the trip themselves as adults two years later. A recent study suggests that two large dams being built on the Madeira River could disrupt this migratory life cycle — which along with increased fishing pressures in Bolivia and Peru — could devastate this economically important species.

Fish are not the only Amazon aquatic life that stand to be affected. Dams could degrade the habitat and food resources of freshwater pink dolphins (Inía geoffrensis) and the endangered giant river otter (Pteroneura brasiliensis). The otters are very sensitive to human activity, and could be impacted by dams and the other infrastructure and disturbance that people bring with them. River dolphins specialize in hunting among tree trunks when rainforest floodplains annually fill up with water; these floods would likely no longer occur, or be much diminished, if the dams are built.

When a reservoir fills it creates numerous “land-bridge islands,” isolated from the surrounding shoreline except for a narrow strip. Any vertebrates stranded on these fingers of land don’t fare well, according to a study published this year. A survey of 37 land-bridge islands created by the Balbina Hydroelectric Dam on the Uatumã River in Brazil found that over two-thirds of the medium to large vertebrates had gone locally extinct, a total of 35 species of mammals, birds and tortoises.

Dams can have far-reaching impacts on very small creatures as well, often with unforeseen negative consequences. Slow or stagnant waters that back up behind dams are breeding grounds for tropical diseases spread by mosquitoes and other insects and snails. Even microorganisms can be affected: a study of three large reservoirs on Spain’s Ebro River found a significant impact on river bacterioplankton when compared between upstream and downstream. Such microscopic affects can rise up the food chain in unexpected ways.

A number of technical solutions have been put forth to minimize the effects of dams on fish populations. Fishways, including ladders, lifts, locks and bypass channels, let fish move past dams on their own — in theory. But even state-of-the-art systems have proven only partially effective, if at all.

The high ecological and behavioral diversity of species in the Amazon makes such mechanical solutions even more difficult to implement, says John Waldman, Professor of Biology at Queens College, New York. “Not only are fish ladders not even successful for species they’re designed for, we don’t have a clue how all these obscure species will react,” he says. “It’s asking a lot for a finned creature to take an elevator or to climb a ladder.”

There is little research on the effectiveness of fishways in South America, but one study at the Peixe Angical Dam on the upper Tocantins River was not promising Fish movements were restricted in both directions, but especially downstream; only 31 out of 119 locally recorded species used the ladders, and of those, only 4 percent were going downstream.

The only long-term solution to the fish passage dilemma may be to set aside a certain amount of free-flowing rivers, or at least large sections, to give space for fish to spawn and grow as juveniles. By one estimate, giving up less than ten percent of the hydropower potential in some small basins in eastern Brazil could preserve almost all the fish species there.

In a broader sense, the best way to balance environmental preservation and energy production is to look at the Amazon as a whole, asserts Jeff Opperman, lead freshwater scientist for The Nature Conservancy’s Great Rivers Partnership. “Comprehensive planning and identification of balanced development scenarios that preserve large parts of the [Amazon] basin that are critical to its function, while allowing reasonable amounts of hydropower development, are of utmost importance.” Coordination and cooperation between countries, including trans-boundary environmental impact assessments, could help maintain free-flowing river connectivity from the Andes to the Amazon lowlands.

Putting pressure on major funders to implement solutions could be another leverage point, says Jenkins, who suggests focusing on China and the Brazilian Development Bank, both of whom are providing large loans for Amazon dam projects. “Sometimes it’s hard to find out who’s funding something,” he says. “But he who has the money makes the rules.”

The Amazonian dam initiatives now underway also clearly lack the needed baseline scientific research to measure potential ecological changes, says Brent Millikan, the Amazon Program Director at International Rivers. It also doesn’t help that environmental impact studies are often rushed through and carried out by the groups most interested in seeing the dams built. “They tend to sweep problems under the rug,” he says.

In Brazil, “a lot of it feels like history repeating itself, just on a bigger scale,” Millikan says, referring to past, misguided dam building projects. Several dams promoted and built during Brazil’s military dictatorship in the 1980s had major negative ecological impacts.

One alternative solution would be to move away from dam building all together as a cure-all for South America’s future energy needs. Severe extended droughts, like the one now underway in southern Brazil, have shown average consumers how vulnerable hydroelectric facilities are to changing water levels and flows. Climate change is predicted to worsen those water worries. Brazil has great potential for solar, wind and biomass energy, but these avenues are only starting to be explored.

Millikan is guardedly optimistic about the future of the Amazon. Increased media attention has made a larger audience aware of the contradictions inherent in hydropower in the tropics, and about alternative cleaner energy options.

“Social movements are very active in calling attention to the fact that big dams don’t make sense economically, environmentally or socially,” he says. “People will realize there are better ways to provide electricity that don’t destroy the Amazon.” 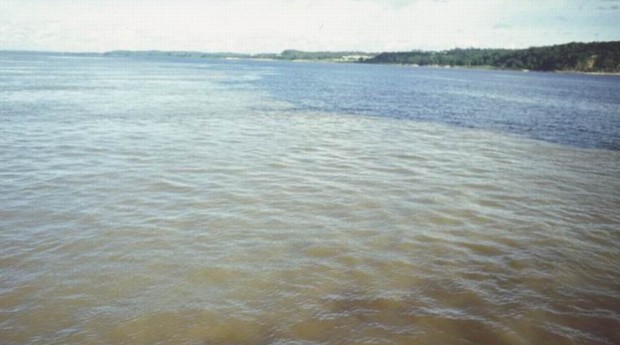 The São Luiz do Tapajós hydroelectric, which once had the start of their operations planned for January 2016 is now projected to run from 2021. 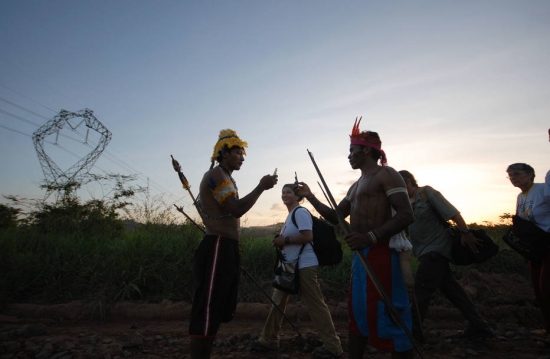