In 2011, officers inspected nearly 350 trucks and more than 60 lumberyards in just two days. Discovering an array of violations, they responded by delivering issuing USD $1.4 million in fines.

Seven years ago, Brazil’s São Paulo State Environmental Police set out to crack down on the illegal timber trade. In 2011, during one of their most ambitious inspection operations, officers inspected nearly 350 trucks and more than 60 lumberyards in just two days. Discovering an array of violations, they responded by delivering 50 violation notices and issuing BRL $2.2 million (USD $1.4 million) in fines.

It was the state’s largest timber inspection operation of all time—the fact that it was executed in just two days was remarkable. Police had a secret weapon on their side, though—scientific expertise and the wood anatomy program at Instituto Florestal, the state’s forestry institute.

A History of Wood Surveillance

São Paulo State’s Environmental Police and the Department of the Environment have partnered for several years to increase government control over the wood trade.

The program, State of São Paulo, Friend of Amazonia, began in 2007, when a researcher from Instituto Florestal’s Wood Laboratory, Dr. Sandra Florsheim, accompanied environmental police to timber inspection control sites. These sites were sometimes on highways, where officers stopped and inspected all trucks bearing wood, and other times at lumberyards. 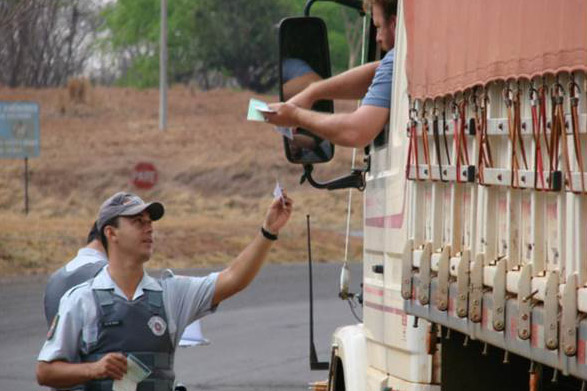 Florsheim was able to identify the genus and sometimes the species of wood based solely on the wood’s anatomical structure. If the wood did not match the information on its declaration document, police would issue a violation notice, apply a fine and sometimes seize the timber.

Florsheim’s involvement helped combat illegal timber, but the program couldn’t nearly match the scope of the problem. At the time, up to 70 percent of Brazilian timber was illegally harvested, and São Paulo State consumed 15 percent of the wood coming out of the Amazon. The country needed increased enforcement measures.

Florsheim set out to increase the program’s efficiency and size by developing a method that did not require a wood anatomy expert to be present at every control site. She equipped police with portable, digital microscopes that captured electronic images of wood samples, which police sent via email to Florsheim’s laboratory. Florsheim and her team of technicians then used reference images and their own expertise to identify the wood, write a technical statement, and send it back to the police—a process that took only 15 minutes. Police could then decide what enforcement action to take. 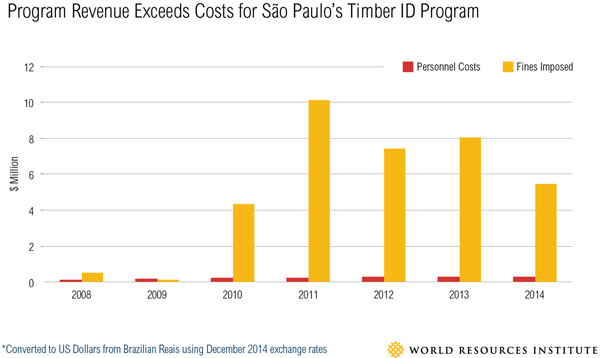 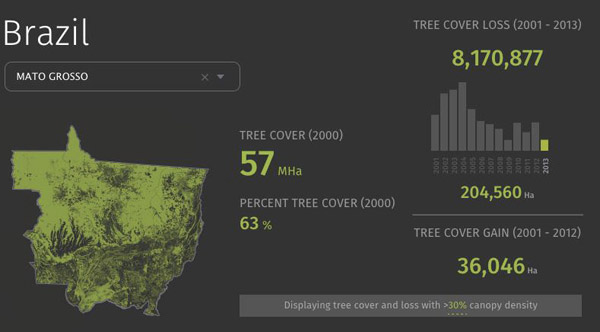 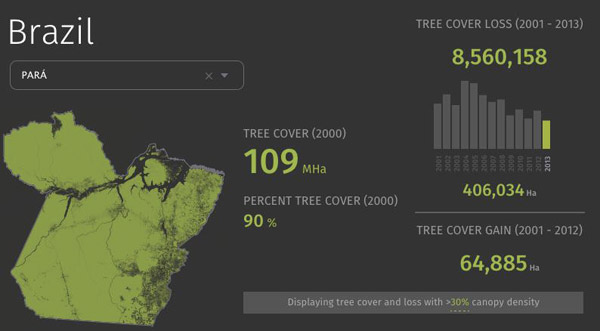 The Amazonian states of Para and Mato Grosso together account for 70% of Brazil’s timber production. Image Source: Global Forest Watch.

To date, Florsheim has trained more than 500 police officers on the identification system, and she estimates that her team processed an average of 1,500 images per month.

Despite its success, the government shut down the wood identification program due to political considerations and budget cuts in September 2014. The closure coincided with decreases in timber inspections at highways and lumberyards.

Fortunately, authorities have allocated funds to restart the wood identification program in 2016. Revamping the program comes not a moment too soon, as deforestation in the Brazilian Amazon remains a severe problem.

Programs like State of São Paulo, Friend of Amazonia demonstrate how powerful technology can be useful in helping to stop the trade of illegal timber, and they’re starting to spread to other regions. The U.S. Department of Agriculture’s Forest Service Products Laboratory has been developing a similar digital system called a “xylotron,” derived from the Greek word xylo, meaning “wood.” The xylotron system, which relies on rapid computer identification of wood images, could simplify widespread wood anatomy identification in the global timber trade.

When enforcement is combined with scientific expertise and technological innovation, the result is an efficient, cost-effective process that benefits forests and local and national governments.