New research published in Geophysical Research Letters theorizes that the Sahara Desert replenishes phosphorus in the Amazon rainforest via vast plumes of desert dust blowing over the Atlantic Ocean.

Scientists have just uncovered an incredible link between the world’s largest desert (the Sahara) and its largest rainforest (the Amazon). New research published in Geophysical Research Letters theorizes that the Sahara Desert replenishes phosphorus in the Amazon rainforest via vast plumes of desert dust blowing over the Atlantic Ocean.

“This is a small world, and we’re all connected together,” noted lead author Hongbin Yu, with the Earth System Science Interdisciplinary Center (ESSIC), run by the University of Maryland and NASA’s Goddard Space Flight Center.

Although the richest spectacle of life on the planet, the Amazon rainforest is famous for its nutrient poor soils. Indeed, around 90 percent of the forest’s soils are low in phosphorous, which has long made intensive farming next-to-impossible in the region. Moreover, tens of thousand of tons of nitrogen wash away through river systems in the Amazon every year. So, how does the rainforest replenish its lost phosphorous?

“We know that dust is very important in many ways. It is an essential component of the Earth system. Dust will affect climate and, at the same time, climate change will affect dust,” said Yu.

Using data from a NASA satellite—the Cloud-Aerosol Lidar and Infrared Pathfinder Satellite Observation (CALIPSO)—from 2007 to 2013, Yu and his team estimated for the first time just how much dust reaches the Amazon from the Sahara Desert. According to the team, 27.7 million tons of dust on average ends up in the Amazon from the Sahara in what is described as the world’s largest transfer of dust. 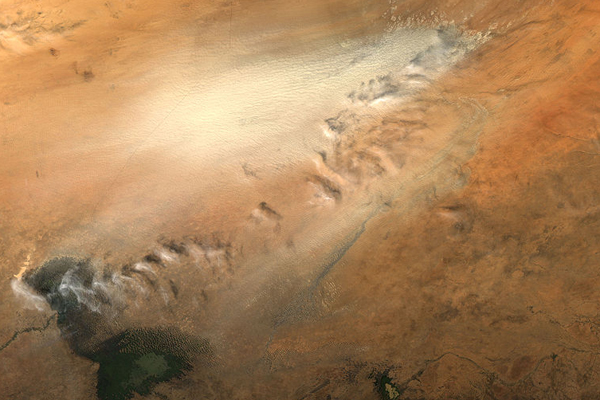 Dust storm in the Bodélé Depression. From the Moderate Resolution Imaging Spectroradiometer (MODIS) on NASA’s Aqua satellite. Photo by: NASA.

This is important because a tiny percentage of that dust—0.08 percent—is phosphorous, but just enough to make a big difference. Overall, the scientists estimate that the amount of phosphorus reaching the Amazon annually from the Sahara—22,000 tons—equals about how much the rainforest loses to rivers.

The scientists believe the most important source of phosphorous for the Amazon is dust whipped up from the Bodélé Depression in Chad. The frequent dust storms from this ancient lake bed contain massive amounts of dead microorganisms and, as such, are super-rich in phosphorus.

The researchers also found that the amount of dust reaching the Amazon from the Sahara was hugely variable during the seven years of research. They theorize that rainfall in the Sahel—a vast region of drylands just south of the Sahara—may be responsible for the variation, though they note that more longterm research is needed. 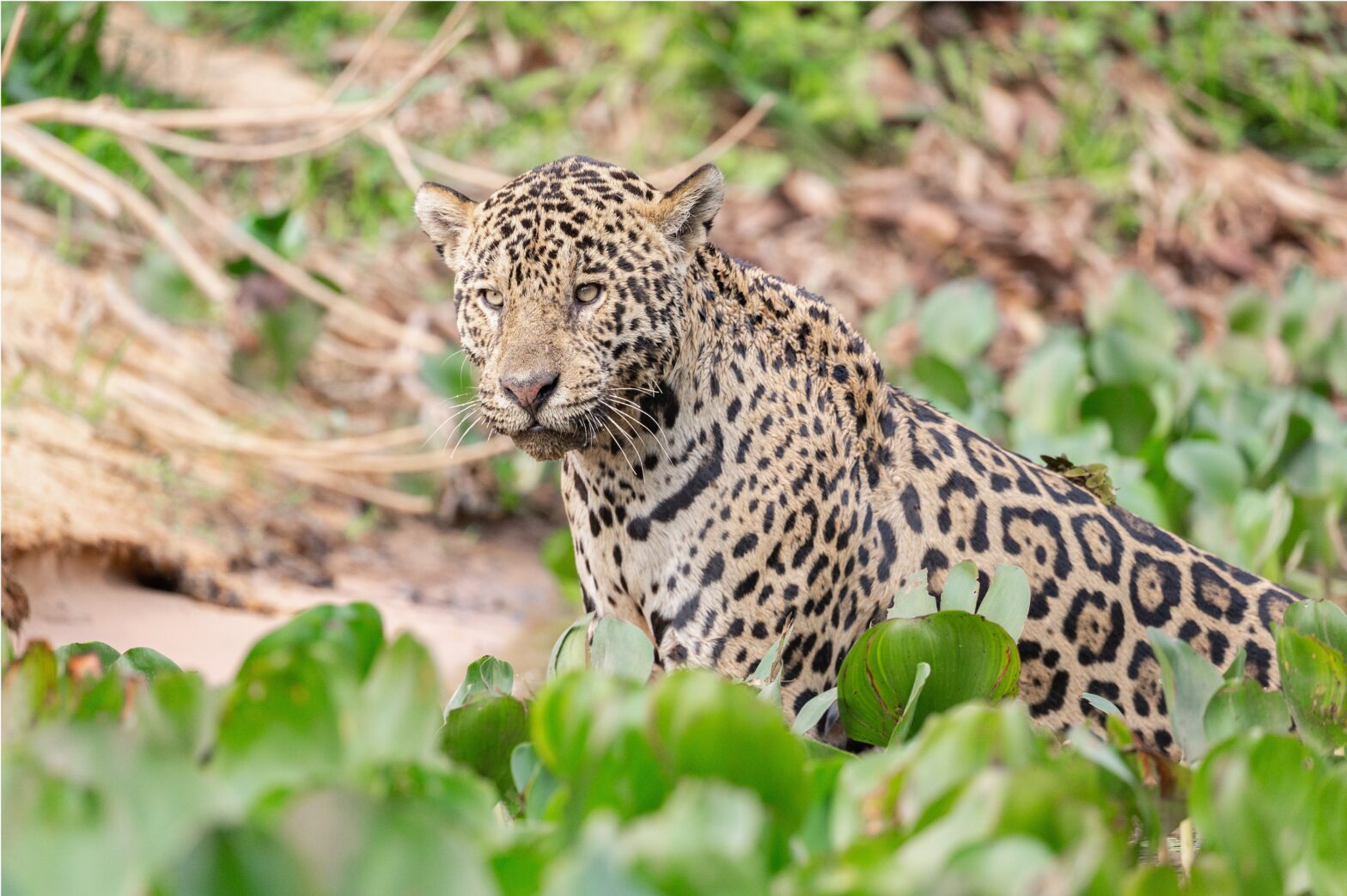