In 2016, there is the opportunity for another major conservation victory in Peru: creation of Yaguas National Park. Yaguas received Reserved Zone status in 2011 and is now awaiting its final designation.

Yaguas Reserved Zone is both big (868,928 hectares or 2,147,168 acres) and remote, located in extreme northeast Peru within the department of Loreto (see Image 22a).

Yaguas Reserved Zone is the rare example of an area in extremely good conservation condition. As seen In Image 22b, we detected virtually no deforestation within or surrounding the reserve. Note that the background in Image 22b is a Landsat image (30 m resolution) from December 2015 showing the reserve is completely covered with intact forest.

Dr. Greg Asner (Carnegie Institution for Science) and the Peruvian Ministry of the Environment recently produced a high-resolution carbon map of Peru (Asner et al. 2014 a,b). As seen in Image 22c, much of the reserve contains very high carbon levels. Using this data, we calculated that Yaguas Reserved Zone contains approximately 102 million metric tons of above-ground carbon, one of the highest totals for a protected area in all of Peru.

The Yaguas Reserved Zone also contains extremely high levels of biodiversity, particularly for fish. In fact, according to a rapid biological inventory by the Field Museum in 2010, Yaguas may be home to the highest fish diversity in Peru. During the inventory, scientists recorded 337 fish species in three weeks, far more than any other rapid inventory in Peru (see Image 22d). Biologists estimate that Yaguas is home to around 550 fish species, making it one of South America’s most diverse aquatic ecosystems.

The Reserved Zone (and proposed national park) was specifically designed to protect this extraordinary aquatic diversity. It contains a complete gradient of lowland river aquatic habitats, from headwaters (first order and intermediate) and springs to lowland areas encompasing habitats such as floodplains, lakes, swamps, bogs, and a meandering main river (see Images 22e and 22f). Importantly, unlike most of the major rivers protected by Peruvian national parks, the Yaguas River is born in the Amazon lowlands, not in the Andes. Thus, it contains hydrological processes and riparian habitats that are not yet strictly protected by the Peruvian system of protected areas.

Image 22d. Number of fish species recorded in rapid inventories of the Yaguas Reserved Zone and 10 other sites in Loreto, Peru. Data: http://fm2.fieldmuseum.org/rbi/results.asp 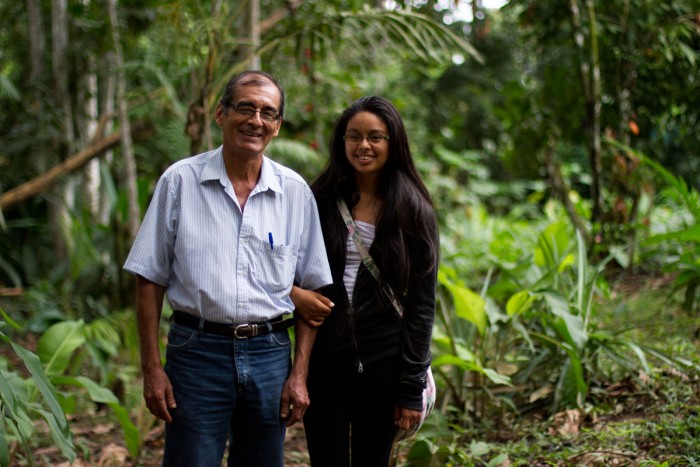 Peruvian won the National Geographic award for Leaders in Conservation

Victor Zambrano has been nominated for this global society as an “anonymous leader conservation” because of his environmental education work with children of Madre de Dios region.

Interpretation Center in Pacaya Samiria Reserva, in Peru, was inaugurated

The center will conduct river trips, jungle tours, wildlife watching and will show the management of natural resources that made residents of the communities located within the reserve and its buffer zone