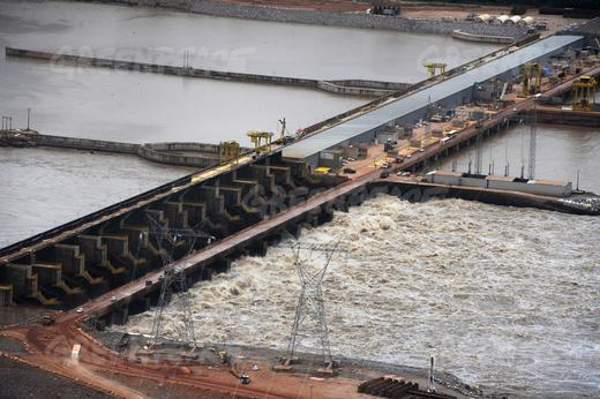 Every year, giant catfish migrate from low-lying estuaries near the mouth of the Amazon River up to the turbid headwaters of its tributaries—a journey that can exceed 4,000 kilometers (2,500 miles). Once they arrive, they spawn. The resulting catfish larvae and juveniles travel the entire distance back to the estuaries, where they mature over the next two years before repeating their parents’ trip upriver.

“Goliath catfish” of the genus Brachyplatystoma can grow upwards of 3 meters (10 feet) long. Their large size makes them among the most important commercial fishes in the Amazon Basin, and they are heavily exploited in Brazil, Columbia, and Peru. The upper reaches of the Madeira River, one of the Amazon’s biggest tributaries, is one area where the species is still considered only “weakly exploited.” It thus acts as a refuge for catfish populations throughout the river basin.

The Madeira begins on the border between Brazil and Bolivia; the elevation change from the Brazilian highlands to the Amazonian lowlands results in a series of rapids. Every month for 14 months in 2009 and 2010, a team of scientists from Brazil and France sampled three sites along the rapids for larvae and juvenile Brachyplatystoma catfish. At each site, the team trawled at five locations for a total of 15 sampling locations. They took care to use similar gear and methodology to earlier studies conducted elsewhere in the Amazon and Orinoco river basins, allowing for comparisons with the previous studies. 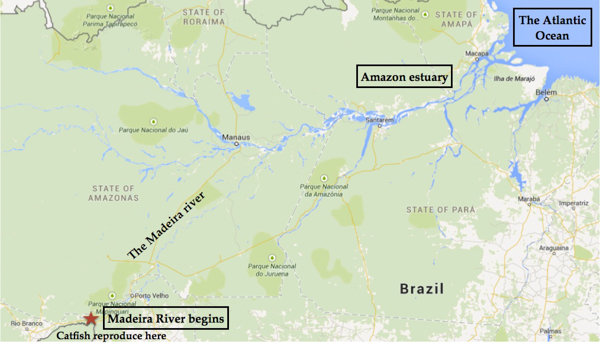 Giant catfish of the genus Brachyplatystoma reproduce in the headwaters of tributaries to the Amazon River. They then migrate thousands of kilometers downstream to the Amazon estuary, where they reside for 2 years before migrating back upstream to spawn. A new study found few young catfish on the Madeira River, an important refuge for the fish, even before the construction of two large dams in the area. Map: Sandhya Sekar. Click to enlarge.

The researchers observed very few catfish larvae and juveniles in the Madeira basin, compared to the earlier studies. This was surprising, given that the fish are known to produce a lot of young, and the authors hypothesize that only a small fraction of the larvae and juveniles that start out in the Madeira’s headwaters reach the rapids, making the catfish life cycle especially sensitive in this area.

“If this holds true, it highlights the fragility of the life cycle of this species, and how it may depend on a small number of juveniles reaching the estuary, at least from the Madeira River basin,” write the authors in the paper.

Two controversial hydroelectric power plants have already been built on the Brazilian part of the Madeira — the Santo Antonio and Jirau — and more are being planned. The authors stress that the dams could affect the downstream movements of these already scarce juveniles, as well as the upstream migration of returning sub-adults. They note that a fish passage installed on the Santo Antonio dam, which was completed after they conducted their sampling, has not been tested to see whether catfish are able to use it.

“For long range migrating species, any obstacle to migration, downstream or upstream, will upset its life cycle, and I think [that] will be the case here,” Alberto Akama, a fish biologist at the Goeldi Museum in Belém, Brazil, who was not part of the study, told mongabay.com. “We need to further assess if the dams will affect the coastal fishing of Brachyplatystoma spp,” he added. 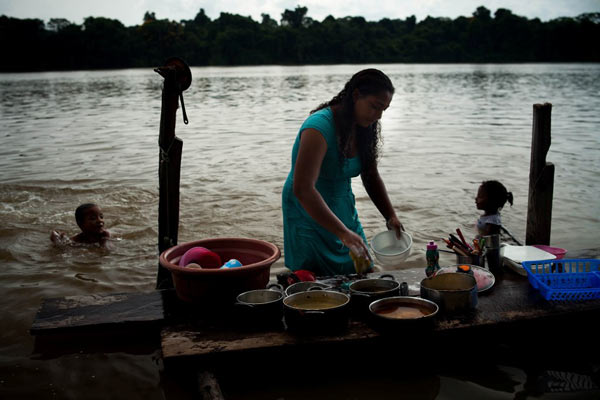 Tapajos river fishers may join the group of Brazilians who need public assistance to feed themselves. The federal government has started a series of infrastructure projects that will take the fish away from the fishermen. 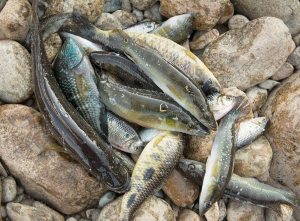 El Diario: Fishes were the most affected by dams construction

The construction of dams in the Brazilian Amazon affected significantly the fauna of the rivers by the disappearance of fish species. 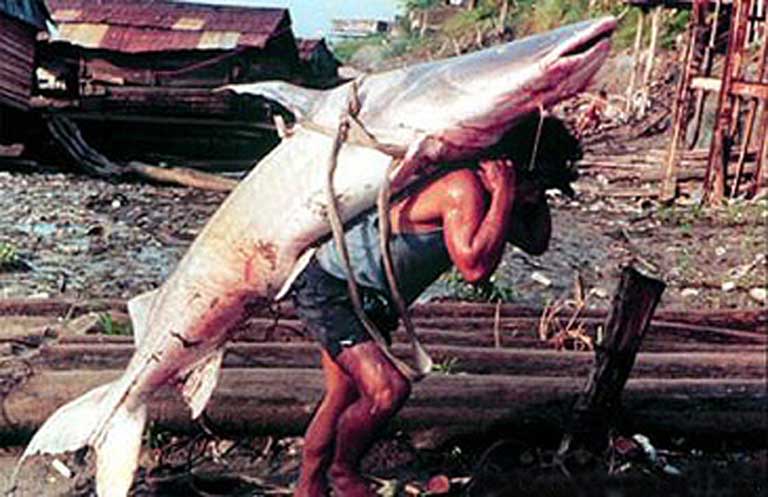