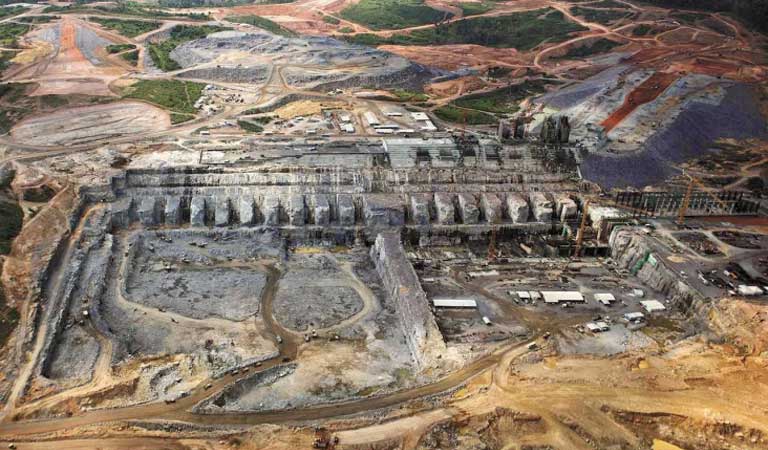 A Commission in the Brazilian Senate — cloaked by the political turmoil in Brasilia — has quietly approved a constitutional amendment that would shred the environmental safeguards currently required for public works.

If ratified, the amendment could give a green light and fast track approval to major infrastructure projects nationwide including the controversial Sao Luiz do Tapajós hydroelectric project. Such a move could devastate the country’s wildlife and natural environment, and do significant harm to indigenous groups.

Environmental organisations have belatedly discovered that on 27 April that the Commission of the Constitution, Justice and Citizenship approved a constitutional amendment (PEC 65), which establishes that, if an entrepreneur is carrying out a public work, the project cannot be suspended or cancelled, provided that the contractor has submitted a basic environmental impact study.

In practice, this law would abolish Brazil’s currently extensive environmental licensing process, which carefully assesses the environmental viability of infrastructure projects. Environmental organisations, horrified by the potential impact on local communities and the country’s biodiversity, are organising an eleventh-hour attempt to stop the amendment from completing its passage through Congress.

The politician leading the effort to get PEC 65 approved is Senator Blairo Maggi. The former governor of Mato Grosso state, owns the Amaggi group, a large company that produces, harvests and exports soybeans. Another of his companies provides infrastructure for the soy sector, building terminals, highways and waterways.

It seems likely that Maggi would stand to gain a great deal financially by the building of the dams and canals proposed for the Amazon’s Tapajós basin that would facilitate the shipping of soybeans from the interior to an improved port on the Brazilian coast for international export, especially to China through the proposed Nicaraguan canal. Ironically, Maggi’s amendment has come just days after IBAMA, Brazil’s environmental licensing agency, rejected the license for the building of the Sao Luiz do Tapajós dam in the Tapajós basin. Such action would be all but impossible if the amendment is passed.

The Brazilian senators put forward the case for the amendment in a three-page document in which they stated that “the proposal is an innovation in the legal order”, as it does not permit “the suspension of a public work or its cancellation after the presentation of an environmental impact study, except in exceptional cases”. They said that the reason for the change is “to ensure speed and cost savings in public works”.

Currently, there are three stages in the environmental assessment of a public project in Brazil. The first stage consists of the granting of a “provisional licence”, which is an authorization for an environmental impact study. After that, if the project is considered viable, an “installation licence” is given. Work is then monitored and further conditions may be imposed. Only after a third licence — the “operational licence” — is issued can the project go on stream. The same procedure is required for all public works, whether a highway, a hydroelectric dam or an oil platform. If PEC 65 is approved, all three stages become redundant.

The proposed amendment is causing consternation among environmentalists.

The Instituto Socioambiental (ISA), a large Brazilian NGO, issued a statement in which it said that, “if PEC 65 is approved, it will cause numerous negative impacts”. It predicted that, without measures to prevent and mitigate the negative impacts of public works, Brazil would face many more socio-environmental disasters, like the one in Mariana in the state of Minas Gerais where on 5 November 2015 a dam containing iron ore tailings collapsed, killing 19 people and causing widespread long-term and costly environmental damage to the Doce River. Brazilian prosecutors have just demanded a massive R$155 billion (US$43.7 billion) in compensation from mining group BHP Billiton and its partner Vale.

Sandra Cureau, a high-level official in the Federal Public Ministry, said that she was “perplexed” by the constitutional amendment, which in one fell swoop “destroys the country’s environmental legislation”.

As in many countries, the passage of a constitutional amendment in Brazil is a complex multi-step procedure that normally takes a good deal of time, allowing for public oversight and comment. Before it becomes law, PEC 65 must be passed by the plenary in the Senate; it then goes to the Chamber of Deputies; if approved there, it returns to the Senate, where it must be approved once more; and finally the President has a chance to veto it.

In normal conditions, this would allow ample time for debate. Indeed, there was an attempt in 2012 to push through the same amendment and it was stopped. However, with Congress totally absorbed in the current attempt to impeach President Dilma Rousseff, little attention is being paid to other business, including constitutional amendments. No one even knows who the president of the country will be when or if PEC 65 arrives on his or her desk for signature or veto.

What is clear is that the hurry and secrecy with which the amendment was pushed forward by Senator Blairo Maggi and his allies does not bode well for a vibrant public discussion of a constitutional amendment that — if approved — would have major environmental and social impacts from the Atlantic, to the Amazon, to the Andes.