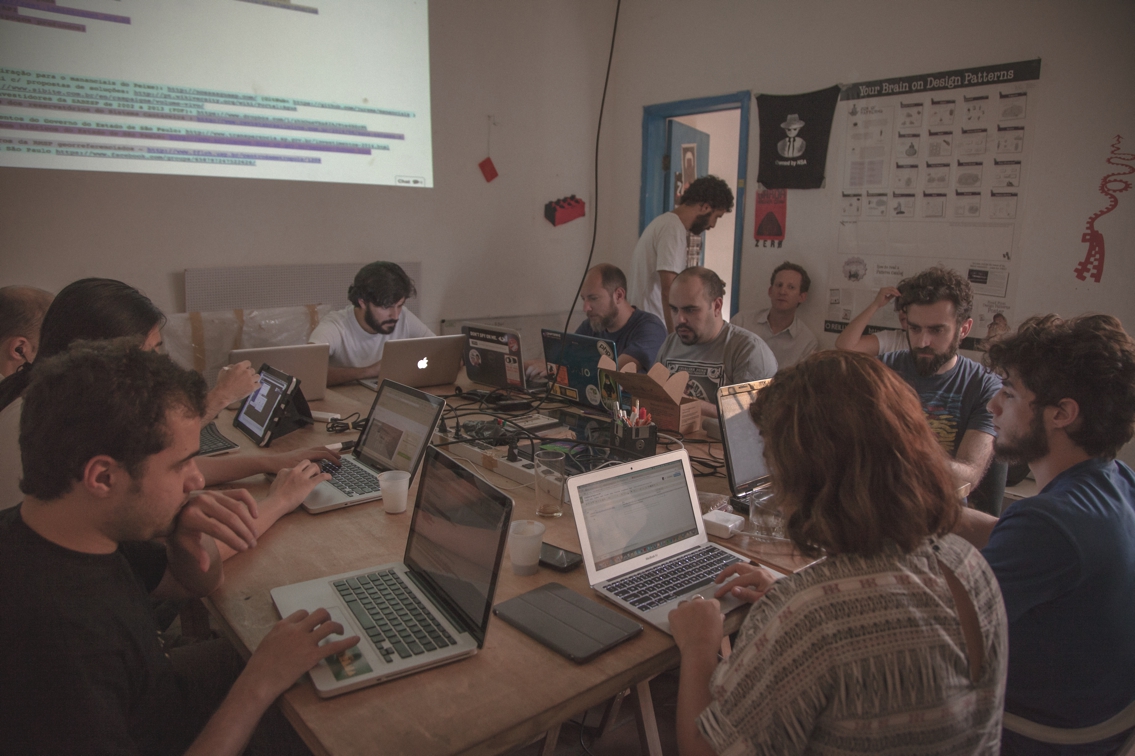 The meetings happened at Garoa Hacker Clube in São Paulo in September. Image by Bruno Fernandes/InfoAmazônia

Concerned with the current water crisis in Brazil, professionals from several different fields of study met at the event “Hackathon: Data and Sensors to Measure Water Quality”, promoted by a Rede InfoAmazônia team. The purpose of the two meetings, which took place in São Paulo on September 5 and 15, was to discuss alternative ways to monitor water quality (like low-cost sensors) and to disseminate that data efficiently and reliably.

The first meeting was focused on the Amazon and the second on São Paulo’s diminishing water reserves. In total, 60 people participated, among them researchers, water resources consultants, programmers, journalists and activists. They have split themselves in two research paths: free hardware development and public data.

The hardware initiative was led by researcher and free hardware developer Ricardo Guima. For Guima, the creation of low-cost sensors is a challenge in face of the copyrighted equipment currently used for environmental monitoring. He believes developing those sensors guarantees data reliability from gathering to publishing. 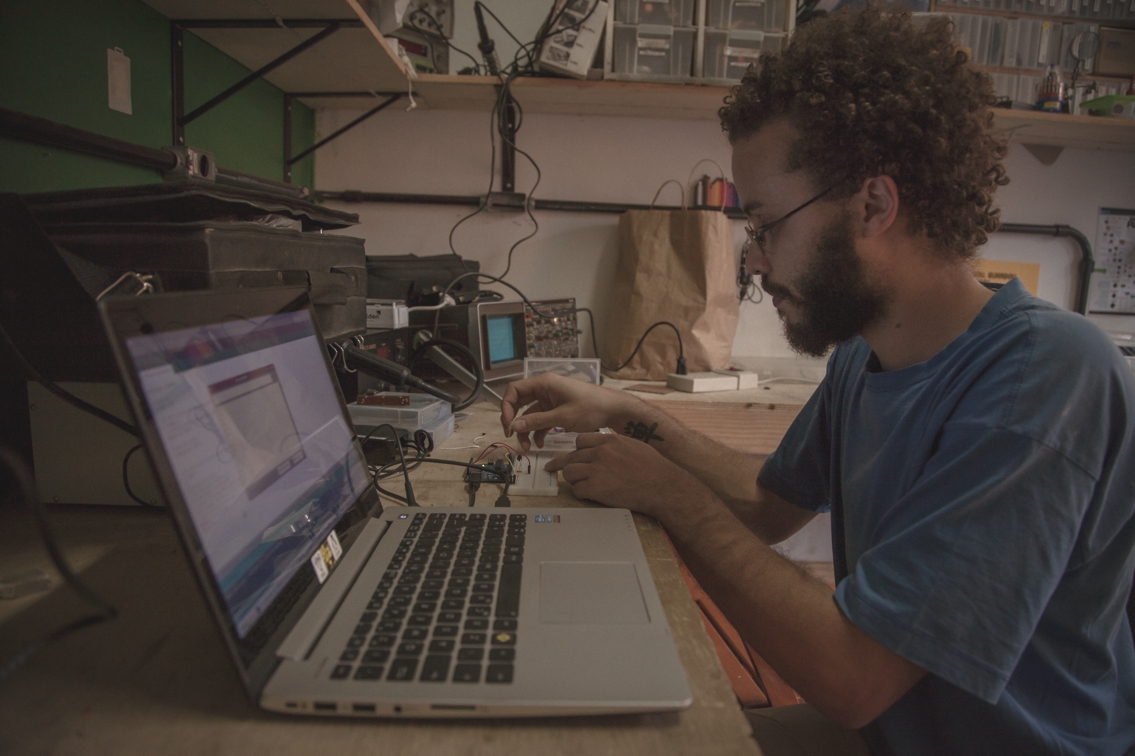 The public data initiative was lead by journalist Gustavo Faleiros, project coordinator at InfoAmazônia. The group worked on combining public databases on health and sanitation in order to publish analysis through maps and infographics on the Internet. Such work has generated portals Visaguas and mananciais.tk, two applications that broadcast data about the quality and availability of water in the Amazon and in São Paulo, respectively.

Activists Rodrigo de Luna and Maru Whately presented the platform “Cidade Democrática” as an example of citizen involvement in public policies, like those related to the water crisis in São Paulo. They also showed how data visualization might be a key factor in articulation and encouragement of proposals.

At the meetings, participants talked about water analysis methodologies that use larger sample rates than those currently employed by official institutions in the “Amazônia Legal,” the largest Brazilian socio-geographic division in the Amazon Basin.

The discussion was lead by experts in water quality monitoring. Participants also relied on citizen science literature available online, which describes similar projects that have faced well-known obstacles to those who work with sensors. 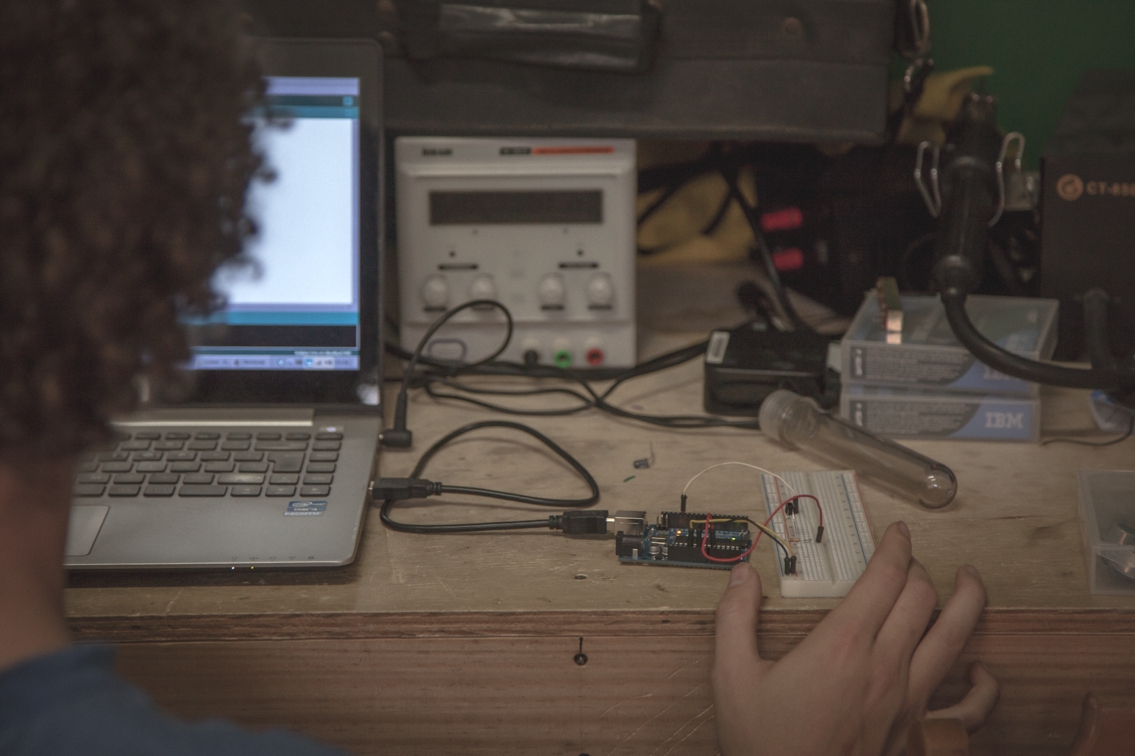 Some participants concluded that systems of autonomous sensors, since they remain exposed to weather, may face some difficulties when meeting strict standards of data gathering. For instance, the fact that the chemical electrode needs to remain in the water for about a month increases significantly the inaccuracy of the data acquired. Ricardo Guima suggested some alternatives presented by the group to solve the issue:

“A system capable of pumping a volume of water in an internal chamber in the sensor’s box was suggested, and we decided to investigate technologies that could read data through in vitro techniques. The project has gained the flair of a spectrometry micro-laboratory (a technique that uses light to measure concentrations in solutions through interactions of light with matter). For many collaborators from São Paulo who wanted a system to analyze their own water at home, this solution is feasible, but to put a spectrometry micro-lab adrift in a river, lake or reservoir is definitely a challenge. The system would need minimum collaboration with the local community”.

InfoAmazônia has designed hardware, to be launched in the end of this year, that uses simpler sensors that could meet the minimum requirements of data gathering. This way, it will be possible to articulate with the local communities a group to analyze the water using sensors as those from spectrometry built with free hardware.

This post originally appeared in Portuguese on the blog of InfoAmazonia. Taisa Sganzerla translated it from Portuguese into English for Global Voices, which published it through a content partnership. The English translation appears on IJNet under a Creative Commons license.