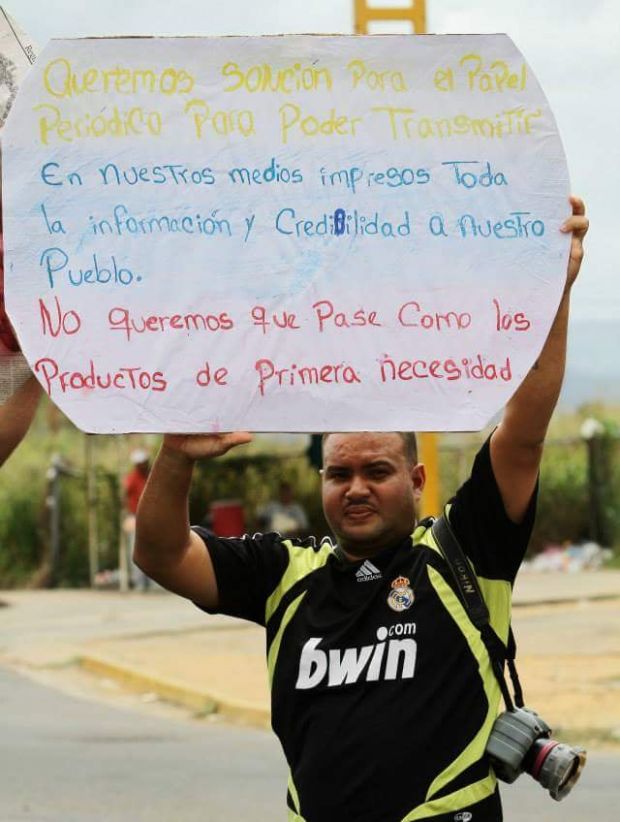 Wilmer Gonzalez was last seen in February this year before going to work at a mine in Delta Amacuro state, Venezuela. The last communication with his family was in the first week of March and since then nothing is known about his whereabouts. The photographer, in addition to working for the Correo del Caroní, collaborated with several international media, including the alliance of this medium with InfoAmazonia, for the investigative report recently awarded: “Digging into the Mining Arc“.

For more than six months, relatives and close friends of the Correo del Caroní photojournalist, Wilmer González, are unaware of his whereabouts. He was last seen in February before going to work at a mine in Piacoa, Delta Amacuro state, Venezuela.

The last telephone call with his family occurred in the first week of March. Since then, they have not heard from him, though Wilmer has always kept in touch with his family, especially his children. The decision to work for some time in the mines was precisely because of the country’s economic situation and the fact of maintaining the livelihood of their home.

The disappearance was reported to the Unit of Scientific, Criminal and Criminal Investigations (CICPC). However, so far, no response has been obtained regarding his whereabouts or investigations.

Wilmer Gonzalez supported as a driver and photographer during the investigative work written by Bram Ebus, “Digging into the Mining Arc”, a result of the partnership between InfoAmazonia and Correo del Caroní with the support of the Pulitzer Center. The investigative report won the Al Neuharth Award for Innovation in Investigative Journalism from the Online News Association in the small newsrooms category announced at a ceremony in the United States on September 15th this year.

He has also collaborated with other international media outlets such as The New York Times, the Associated Press (AP) and El Confidencial, Spain.

His last assignments were in early February. One in Tucupita, Delta Amacuro state, where he participated as a driver with photojournalist William Urdaneta and journalist Jhoalys Siverio, for a special work by the NGO Institute of Press and Society (IPYS).

After that, he worked as a driver and photographer for a story in western Bolivar State, Venezuela, along with journalist María Ramirez Cabello and correspondent for El Confidencial de España, Alicia Hernández.

Wilmer González worked in Correo del Caroní for more than eight years in the photographic coverage of the newspaper’s various news sources, in which he has always contributed with high quality photographic work.

The family chose not to report so far for fear of retaliation or that the investigations would be halted.