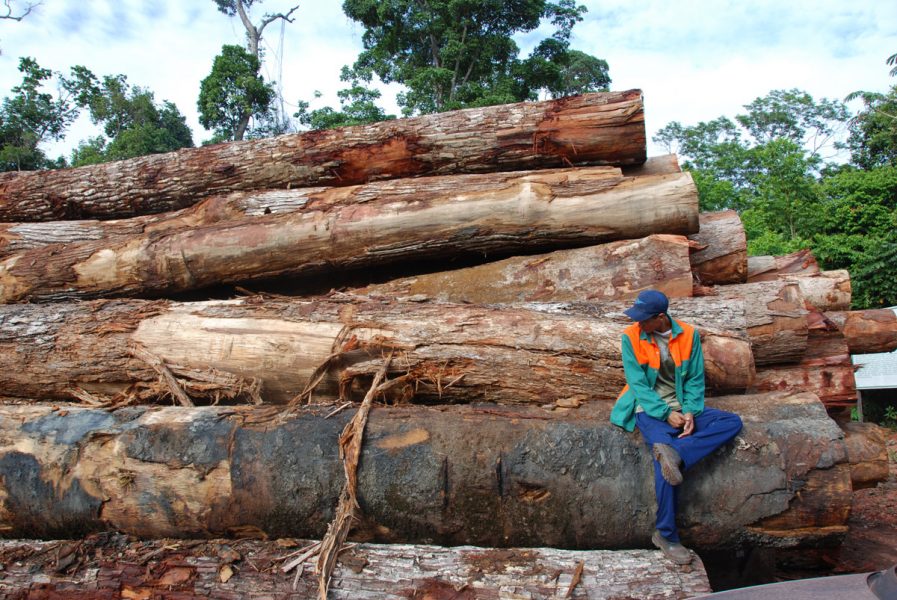 Deforestation has been the main objective of conversation strategies, but a new study in Nature finds that forest degradation, or the decline in the quality of forests, is also a major threat to biodiversity.

Though reducing deforestation is the chief objective of most conservation strategies in tropical rainforest countries — and rightly so — the condition of the remaining forest is rarely measured or controlled by policy initiatives. We are therefore failing to address some of the most dire impacts of human activities on forests and biodiversity, researchers are warning.

For instance, in the state of Pará, which comprises 25 percent of the Brazilian Amazon, road building, selective logging, wildfires, and other disturbances have reduced biodiversity as much as clearing 92,000 to 139,000 square kilometers (about 35,500 to 53,700 square miles) of pristine forest — which is larger than the area deforested between 2006 and 2015 across the entire Brazilian Amazon.

That’s according to a study published today by the journal Nature that examines how forest disturbances from human activities contribute to biodiversity loss. The most negative effects, the study finds, are impacting species of high conservation and functional value.

An international team of researchers from 18 different institutions looked at 1,538 plant, 460 bird, and 156 dung beetle species throughout Pará — a state the size of South Africa that has been the focus of much effort to protect the Amazon rainforest and the wildlife that rely on it. The team found that even in landscapes that have the highest levels of protection under Brazil´s Forest Code, disturbed forests had lost between 46 and 61 percent of their conservation value.

This is compelling evidence that rainforest conservation initiatives must address forest disturbance as well as deforestation, Jos Barlow, lead author of the study and a professor of conservation science at Lancaster University in the UK, said in a statement. The Amazon not only provides habitat for an array of species found nowhere else on Earth, but is also a vital component of the Earth’s biosphere that helps to sustain the planet’s hydrological systems and stores vast amounts of carbon, thereby helping regulate the global climate.

“Without urgent action, the expansion of logging operations and the spread of wildfires fuelled by human-induced climate change mean that tropical forests are likely to become increasingly degraded, conserving only a fraction of the breathtaking diversity they once harboured,” Barlow said.

Barlow and team studied 36 catchments in Pará and found that those retaining more than 69 to 80 percent of forest cover lose more conservation value from disturbance than from forest loss. Losing 20 percent of primary forest (the maximum level of deforestation allowed under Brazil’s Forest Code), for example, resulted in a 39 to 54 percent loss of conservation value, according to the study. That’s a loss of conservation value that is 96 to 171 percent higher than would be expected if disturbance effects weren’t factored in.

“The functional impairment of forests at such large scales means we cannot depend on them to provide the same level of ecosystem service anymore,” study co-author Toby Gardner, a senior research fellow at the Stockholm Environment Institute in Sweden, explained.

Gardner added that the team’s results should serve as a wake-up call: “Brazil demonstrated unprecedented leadership in curbing deforestation in the last decade. The same level of leadership is now needed to protect the health of the forests that remain in Brazil and across the tropics. Otherwise, decades of conservation effort will have been in vain.”

Most alarmingly, it appears that those species that are under the greatest threat of extinction are suffering the most from human disturbances. The state of Pará is home to over 10 percent of Earth’s bird species, many of which are unique to the region, according to Dr. Alexander Lees of Cornell University, the team’s lead ornithologist. “Our results show that it is these endemic species that are suffering most from the effects of human disturbances, because they cannot survive in disturbed forests,” Lees added.

Immediate action is required to rein in forest disturbances in tropical nations, the team said. That’s especially true in Brazil, which contains 40 percent of the world’s remaining tropical forests.

“Tropical forests are one of Earth’s most precious biological treasures,” Dr. Gareth Lennox of Lancaster University said. “By focusing on the extent of forests that remain and ignoring their health, current national and international conservation strategies are inadvertently placing that treasure in jeopardy.”